Using diverse approaches, LaToya Ruby Frazier, Ron Jude and Guillaume Simoneau share a view of what it means to navigate personal histories through photographic documentation. Tinged with voyeurism, their works invite active and individual engagement with these intensely personal stories of coming of age. 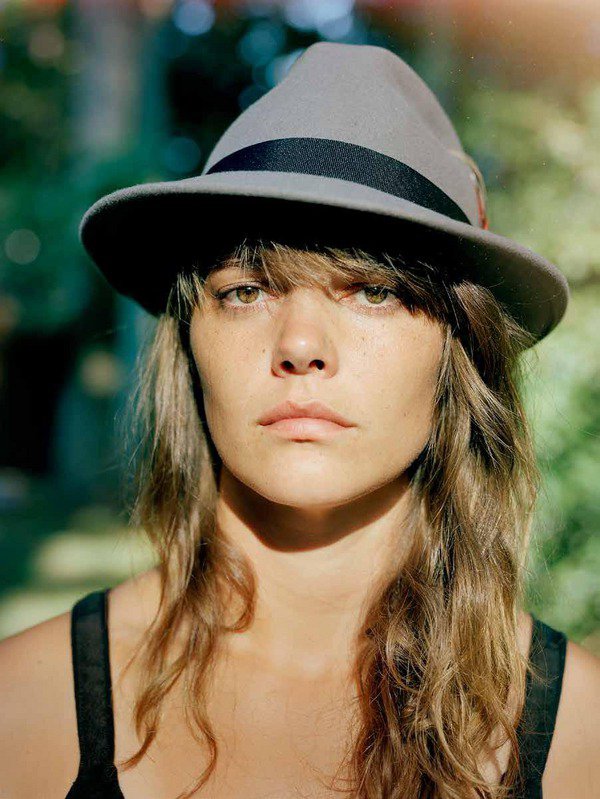 The three artists featured in this exhibition— LaToya Ruby Frazier, Ron Jude, and Guillaume Simoneau—tell autobiographical stories by intertwining personal narrative with the social, political, and cultural conditions of place.

Although they draw from their personal archives and backstories, their work is not entirely factual or diary- like. Instead they make projects that provide both specific and universal commentary—their individual histories becoming conduits for exploring collective experience. They also probe the fleeting, ineffable nature of the past and present, as they investigate the capacity of photography to at once promote and destabilize our sense of individual identity.

Our relationships to both photography and the idea of the personal narrative have significantly changed in recent years, due in large part to the markedly increasing accessibility of information and the shifting concepts of space, time, and location brought about by new technologies. We share our personal stories quickly and in real time via smartphones and online social networks, indulging both our inner showoff and voyeur. The artists in this exhibition reflect the fluidity of our information- saturated world by mixing personal and communal histories and blurring the boundaries between the individual and the collective. Yet they address personal narrative in a slower, more deliberate, and more poetic way than electronic forms of communication typically allow, in works that are carefully authored, engagingly ambiguous, and deeply felt.

Just a few decades ago, in the 1980s and 1990s, artists like Nan Goldin and Richard Billingham redefined autobiographical photography by taking extremely revealing, at times shocking, pictures of their family and friends in a seemingly casual manner, and then placing their pictures in the formal settings of museums and galleries. The raw honesty of their approach and perceived looseness in their style (from the tradition of the “snapshot aesthetic”) departed radically from the more classical approaches to documenting personal histories employed by artists such as Harry Callahan, Edward Weston, and many others who preceded them. Fast-forward a few decades to an era where there are boundless virtual opportunities for self-projection, and exhibitionism turns rampant. Although no less poignant, works like those by Billingham and Goldin, or the more recent work of Frazier, Jude, and Simoneau, may now seem like a particularly measured approach to telling a personal story.

The last few decades have also seen sweeping shifts in attitudes toward the very idea of documentary practice. Postmodern theory taught us to analyze and distrust the motives of the photographer and lobbed profound challenges at photography’s ability to capture any sort of phenomenological reality. We are living in what some theorists and artists refer to as a “post-documentary” era. To be sure, photographic artists of today like Frazier, Jude, and Simoneau understand that documentation is changing and inherently subjective. Most of them work comfortably with the assumption that photography is both evidentiary and illusory. Artists also fully grasp the power dynamics of the camera (which can be used as shield and probe alike), as well as the malleable, unfixed nature of both books, based on his home state of Idaho. The first chapter is Alpine Star (2006), a project made using the photographic subject and its interpretation. Ron Jude (American, b. 1965) has created a trilogy of projects, all originally conceptualized as photographs culled exclusively from his hometown newspaper, The Star News. Jude grew up in McCall, Idaho, a small town in mid-state with a population of 2,900 people that swells to over 10,000 in the summer. In this project, Jude selects images that range from the mundane to the oddball, and masterfully sequences them for heightened impact, enhancing their mystery by omitting captions and context. The book has no text; the images intended to illustrate journalistic prose have been equalized— printed in black and white, often with the newsprint half-tone pattern visible. A collapsed bridge, sports, the wilderness, and various headshots and snapshots form a random assortment of images that ultimately invite an ascription of oblique strangeness to small town Idaho.

In the second chapter, emmett (2010), Jude resurrects and reprints photographs he took as a teenager in the 1980s to investigate the past as an idea and recognize the incomprehensible nature of self and place. Conveying scenes such as drag racing, teenagers, forests, rainbows, and lightning, the images reflect the cultural and sociological specificity of his teenage years—growing up in an isolated small town enclosed by nature long before the era of the Internet. Jude evokes and recontextualizes these experiences in the present so that they also tell a new and ambiguous story that reflects his changing relationship to the photographs and the events and memories they convey over time. Indeed, Jude characterizes the viewer’s experience of the project as echoing the process of trying to piece together personal stories from slivers of memory with the aid of photographic documents. To this end, he repeats motifs, bringing the viewer back to the same subject again and again in a way that counters narrative progression. As he explains, “We build linear narratives about our lives, our relationships-our entire sense of ourselves—out of incomplete fragments. Photographs not only give us a false sense of the past, but they get in the way of deeper reflection. They act as verifiable, sentimentalized proof of something that doesn’t exist.”1

The trilogy ends with Lick Creek Line (2012), an enigmatic photo essay about a fur trapper in Idaho that dances on the divide between documentation and fiction. In these pictures, a romantic, perhaps nostalgic, conception of the State of Idaho as a place where people live simple lives in untamed wilderness bumps up against more sinister stereotypes of backwoods characters who kill animals, wear plaid, and live in shacks full of dusty bottles, stuffed animal heads, and bloody instruments that attest to their hunting prowess. Jude also documents the reality of a natural landscape that is being continually blemished by new developments in pictures of a chairlift running across the tree canopy, a new housing development, and a wooden railing at the edge of a patio whose intricate design distracts from the grand mountain landscape behind it. Throughout the series, old competes with new, wilderness with the human attempt to tame it, and the overall lack of narrative arc encourages our reading of the project to vacillate between fact and fantasy.

Also returning to the place of her childhood, LaToya Ruby Frazier (American, b. 1982) has spent the last twelve years extensively documenting the economic and social struggles of her family and community in her hometown of Braddock, Pennsylvania. Her pictures are bluntly autobiographical, showing her grandmother, her mother, and herself—three generations of women whose familial history traces the decline of industrial American cities. Frazier’s grandmother lived in Braddock when it was home to a vibrant and prosperous steel industry, her mother witnessed the closing of many steel mills and the subsequent economic catastrophe, and Frazier watched members of her community succumb to drug addiction, poverty, and terminal illness caused by massive industrial pollution. Photographs made by Frazier—sometimes in collaboration with or authored by her mother—tell the family story. A dialog about identity as it pertains to self, family, and community emerges alongside a nuanced portrait of the shifting circumstances of blue-collar America within this project. To create this narrative, Frazier blends two approaches—social documentary photography and conceptual art—and characterizes complex, intergenerational struggles as both participant and author. In addition to her still photographs, Frazier has made videos both in collaboration with her mother and individually, as seen in Self-Portrait (United States Steel) (2010), where a solemn, barechested Frazier deeply breathes in and out in one frame next to an image of a steel mill pumping out toxins in another, creating an unnerving commentary on social inequality and pollution.

Like Frazier, Guillaume Simoneau (Canadian, b. 1978) chronicles an intimate relationship as both a form of diary and as a reflection on wider societal and political issues. His project Love and War (2011) tracks his on-again, off-again relationship with a woman named Caroline Annandale. Simoneau first met Annandale at the Maine Photographic Workshop in 2000. Both in their early twenties, they began an intense, youthful relationship and traveled the world together just prior to September 11, 2001. After the terrorist attacks on the United States, Annandale enlisted in the US army and was sent to Iraq. The two grew apart, Annandale eventually marrying someone else, but they reunited several years later upon her return from war to begin a tumultuous second chapter in their relationship. Using a variety of images, including pictures he took when they first met, photographs Annandale emailed home from Iraq, text messages, and handwritten notes, Simoneau charts the couple’s love affair and its attendant ups and downs, but not in chronological order. Sequenced to mimic the disjointed nature of memory, communication, and identity, the project reveals how our ideas about ourselves and of our loved ones are always a blend of past and present. As the photographs accumulate, they expose Annandale’s loss of innocence and her transformation into a toughened war veteran. Ultimately, Simoneau reveals the lasting impact—the invisible, indelible, and irreversible effects that both love and war have on people’s lives.

Using diverse approaches, the artists in this exhibition share an expansive, fluid view of what it means to navigate personal histories through photographic documentation. Tinged with voyeurism and saturated with an awareness of our desire to connect with others, their works invite active and individual engagement with these intensely personal, yet universal, stories of coming of age, the place we come from, and the people important to us. In this way they reveal an even deeper experience of personal narrative that exists not in the social or in the collective, but in our interior realm, where we seek to understand our individual selves, often through the stories of others.

The MoCP is a nonprofit, tax-exempt organization accredited by the American Alliance of Museums. The Museum is generously supported by Columbia College Chicago, the MoCP Advisory Board, individuals, private and corporate foundations, and government agencies including the Illinois Arts Council, a state agency.

Generous support for Backstory has been provided by David Knaus.

Museum of Contemporary Photography
600 S. Michigan Ave. - Columbia College Chicago - Chicago, Illinois 60605
Monday through Saturday from 10am to 5pm
Thursday until 8pm
Sunday 12-5pm
Free and open to the public