Panglossian Paradigm. The project relates and deconstructs cliched objects of Californian culture that have been exploited by artists and sociologists for more than 50 years. The result is a geometric hybrid that activates social and cultural connotations. 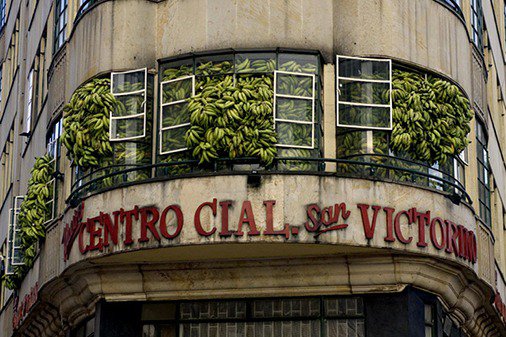 Hector Zamora's solo project Panglossian Paradigm is the first presentation of the Brazilian-based artist (b. 1974, Mexico City) in Los Angeles.

Working primarily within public contexts, the artist creates major works that often rearticulate the physical characteristics of a specific environment. In his varied interventions and installations, elements of architecture, urban design and local building materials function as the semiotic basis for the construction of spatial patterns and arrays. Assuming the tectonic heritage of the context in which he works, Zamora transmutes rudimentary forms into structures expressed through mathematics, color and geometry. The applied primary elements are so intrinsically linked to a local economy and a specific system of production, that despite the formal abstraction and the playful nature of these compositions, the results can never be innocent. Akin to the statement by Roland Barthes on the narrative of the oeuvre, by abandoning the history and delving deep into the formalism of the composition, one inevitably returns back to the history.

Panglossian Paradigm, the new project which Zamora presents at REDCAT, relates and deconstructs clichéd objects of Californian culture that have been exploited by artists and sociologists for more than fifty years. The result is a geometric hybrid that primarily appeals to the pragmatism and intelligence of the construction methods implied in these objects, but at the same time activates the social and cultural connotations they have acquired over decades, as mass-produced objects and symbols of economic crisis.

The term “Panglossian Paradigm” – referred to by the title of the project – was coined by evolutionary biologists Stephen J. Gould and Richard Lewontin, to reverse the idea of invention, and explain the potential for secondary objects to arise from a specific design. "An object can arise as a necessary consequence of other decisions and not as a direct adaptation for a particular purpose."1 The objects used in this project never imagined in their festive creative genesis, the result of a sophisticated celebration of design as a marketing tool, that they would transform into a container of multiple discourses, social conflicts and particular histories. In the end, Zamora questions the ideological framework of the tacit structure of objects, the ideals of a system based on principles of expiration and obsolescence, and all those cycles and automatisms related to the history of evolution in design.