This second edition relates to the changes of the Middle East and will examine the new reality through art. Re-Orientation, the subject of the exhibition, connects the concept of "Orient" with that of "new direction". It will be offer an alternative platform laying emphasis on the local processes occurring in the area and their cultural influences. 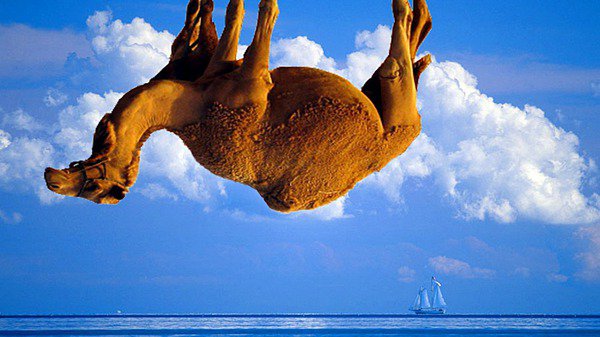 The Second Mediterranean Biennale will offer an alternative platform laying emphasis on the local processes occurring in the area and their cultural influences. The political riots taking place in Tunisia, Egypt, Syria, Bahrein, Libya, North Africa and the countries of the Middle East raise questions with regard to the changes occurring in the region that have created political, social, economic and cultural upheavals. The Second Mediterranean Biennale relates to these changes and will examine the new reality through art. RE-ORIENTATION, the subject of the Biennale, connects the concept of “Orient” with that of “new direction”. It has the aim of holding a discussion with the concept of the “East” by referring to the cultural conflict with the “West” within the context of the changes that are happening today. The concept of RE-ORIENTATION constitutes a striving to find new expressions that would provide a direction to the possible attainment of a discourse on the subject of the “East” and its influence on the daily life in our region, with the aim of possibly creating an original local culture drawing its inspiration from the surroundings. It also gives rise to a discussion and reference to issues of identity, place, time, and individualism in an age of global culture while engaging in a critical overview of the issues of place, personal identity, originality, and local culture.

Israel’s socio-political reality causes her to be detached from neighboring countries, while linking her to distant centers in Europe and the US. Partly because of different historical processes, Israel has always considered herself closer in a cultural sense to the West, and to leading cultural centers, such as Paris, London and New York. Throughout the 20th century, those cultural centers expanded and created a system of control that perpetuated their status, and represented their concept of cultural hegemony. Israel tried for many years to become a part of this system and enhance its place within its hierarchical structure. Adoption of the concepts of the powerful Western art centers prevented the possibility of noticing any art work in our area in neighboring countries with a similar climate and comparable cultural characteristics. In this context the Mediterranean Biennale of contemporary art was initiated by Belu-Simion Fainaru and Avital Bar-Shay. The first Mediterranean Biennale was held in 2010 in the city of Haifa and the second Mediterranean Biennale will be held in the city of Sakhnin in the Galilee in north of Israel.

The Second Mediterranean Biennale, in Sakhnin, is an attempt to create a cultural outlook in a Mediterranean context via regional cooperation by exhibiting works of art that express and enhance this theme. The Second Mediterranean Biennale will be offer an alternative platform laying emphasis on the local processes occurring in the area and their cultural influences. The Biennale will be an international art event also involving Israeli artists, both Jewish and Arab, including international artists. The place of the woman as a creative individual will also be given special emphasis.
This is the first time that an international biennale of contemporary art will be held in an Arab city in Israel. Holding such an international art event of this kind will engender a place for coexistence and dialogue by means of artistic endeavor. Art in this case acquires an important social standing by creating conditions for rapprochement, learning to recognize and showing respect for the difference of the other. Holding the event in the city of Sakhnin will further the possibility of getting to know Arab culture better by observing life in the city and making direct contact with its inhabitants.

As a direct extension and elaboration of educational and cultural activities that the Mediterratean Biennale set for itself we will establish a center includes a contemporary art gallery, an 'artist residence' program in which artist from neighbor countries will be hosted for short period of time and will create art in the place, and a place of studying, researching and documenting the local visual Mediterranean culture. The Mediterranean Biennale provides opportunities for meeting and exchanging opinions, and forming bonds leading to future activities. The center is a sort of laboratory where the various ideas and suggestions expressed can be examined and put into practice. The purpose of The Mediterranean Biennale is to create a new contact system, through which artists from the nearby areas can cooperate, initiate activities and exchange views, unencumbered by the fixed patterns of the established systems.

The Mediterranean Biennale in Sakhnin will take place thanks to the strategic partnership with the National Lottery and Lottery Council for the Arts.

The Mediterranean Biennale in Sakhnin
The Biennale event will take place in a number of localities throughout the city:

1. The Old City route / the heart of the city: The Sakhnin Heritage Museum will comprise a notable part of this route and in addition works of art will be placed in the Old Mosque, in the Orthodox Church, in the Catholic Church, and in several private homes.
2. The City Center / the main thoroughfare along the road – and the main commercial district: the two colleges in Sakhnin, the city council building, and several urban focal points will be included in this route.
3. The route beside the football stadium of the Bnei Sakhnin team: The pride of the city of Sakhnin is its football team, of which the mayor of Sakhnin is the chairman. The Biennale will exhibit in halls in spaces beneath the stadium, in the space of the Peace Theater, in a number of oil presses beside the stadium, as well as in the Towns Association for Environmental Quality- Beit Natufa (TAEQ) AND Institution for Environmental Research.

Viewers following the routes of the Biennale will have the opportunity to see the works of art on the one hand and on the other hand to be in contact with the urban complexity of the city of Sakhnin and of its various institutions, as well as enjoying the benefits of direct contact with the residents of the city.