Matisse and the Fauves

160 works by Henri Matisse and the fauvists 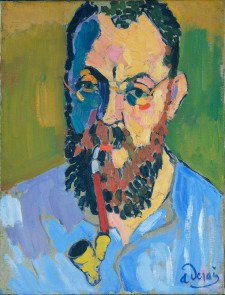 In the autumn of 2013, the Albertina will be presenting around 160 works by Henri Matisse and the fauvists. Most of the works of the young artists, who art critics at the time compared with "fauves" ("wild animals"), are available to view for the first time ever in Vienna and Central Europe. Henri Matisse was the head and the spokesman of the fauves. Together with his group of artists, he caused a stir in 1905 at the 3rd Paris Autumn Salon. Their paintings literally roared from the walls. The public was appalled by the violent, apparently hastily applied brush strokes and the colourful, intensely luminous colours. The motif was secondary; what counted was expression. In addition to the famous paintings, the exhibit demonstrates that Matisse and the fauves also strived for expression and intensity in their bronzes, ceramics, stone sculptures and furniture. Fauvism lasted only two years, but was, as the first avant garde movement of the 20th century, of epochal significance for the development of Modernity.