A reevaluation of, the legendary 1969 exhibition, which was curated by Harald Szeemann at Kunsthalle Bern in Switzerland. It showcases over 80 international contemporary artists who follow, in various ways, the legacy of Szeemann's iconic exhibition. 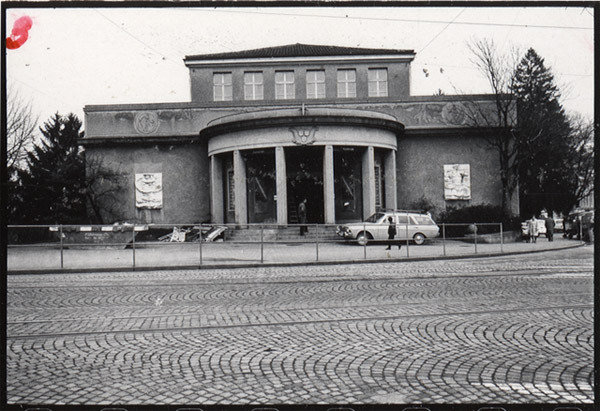 Curated by Jens Hoffmann and organized by the CCA Wattis Institute for Contemporary Arts, San Francisco

When Attitudes Became Form Become Attitudes is a sequel to, and a reevaluation of, the legendary 1969 exhibition Live In Your Head: When Attitudes Become Form (Works – Concepts – Processes – Situations – Information), which was curated by Harald Szeemann at Kunsthalle Bern in Switzerland. It showcases over 80 international contemporary artists who follow, in various ways, the legacy of Szeemann’s iconic exhibition.

The 1969 show brought together new tendencies in the art known today as Postminimalism, Arte Povera, Land art and Conceptual art, from Western Europe and the United States. It contributed a great deal to our historical understanding of the art of that time, how exhibitions themselves can influence artists and their works, and also how exhibitions can define art history. It was influential in promoting a wider understanding and acceptance of Conceptual art, as it included many non-material and process-based works.

Mostly known by its short title, When Attitudes Become Form has been discussed, researched and examined in a wide range of essays, books and conferences; When Attitudes Became Form Become Attitudes is the first major exhibition it has inspired. Curated by Jens Hoffmann and organized by the CCA Wattis Institute for Contemporary Arts, San Francisco, the new show presents existing pieces by artists working in relation to the history of Conceptual art as well as newly commissioned works by artists such as Zarouhie Abdalian, Abraham Cruzvillegas, Annika Eriksson, Simon Fujiwara, Jeppe Hein, Jonathan Monk, Nicolás Paris and Hank Willis Thomas, who respond directly to the history of the 1969 show. With the contemporary artworks installed alongside archival materials, floor plans and installation images from the 1969 show, this new exhibition does not make a distinction between what is past and what is present, but rather considers When Attitudes Become Form as a living past.