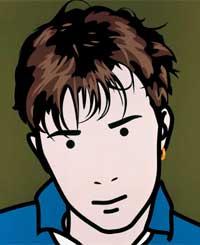 The exhibition begins with a display of some of the world's most celebrated art treasures including Jacob and the Angel by Epstein, Canova's The Three Graces, Picasso's Weeping Woman and the Roman Bronze Head of Augustus, circa 27-25BC. This spectacular introduction sets the scene for the story of the Art Fund, which unfolds in a revealing and provocative survey of its achievements over the last 100 years.

The works in the exhibition are displayed broadly chronologically according to when they were acquired. Labels next to works cite their original price as well as the Art Fund's financial contribution. This illustrates shifting attitudes in fashion and taste, as well as the upward trend of the art market. In 1906, for example, it cost Â£45,000 to purchase Velazquez's great Rokeby Venus, raised in full by the Art Fund. By 1999, Botticelli's masterpiece, Virgin Adoring the Sleeping Christ Child, reached in excess of Â£10 million, with the Art Fund kick-starting the fund-raising process. Bringing to the fore key issues relating to patronage, heritage and collecting, the exhibition also explores the many ways in which historical events, personalities and sheer chance have helped to shape the nation's collections over the past century.

The variety and quality of art on display reveals the astonishing richness of Britain's public collections. Major paintings and drawings by masters such as Constable, Holbein, Michelangelo, Rembrandt are shown alongside works by contemporary figures like Lucian Freud, Anish Kapoor, Julian Opie and Rachel Whiteread. Other treasures include the jewels recovered by divers from the Spanish Armada shipwreck of the Girona (Ulster Museum); the carved stern post of a Maori war canoe (British Museum); van de Cappelle's seascape A Calm (National Museum and Gallery, Cardiff); and the moving last letter of Mary Queen of Scots, written just hours before her execution (National Library of Scotland, Edinburgh).

A number of these works would have disappeared from public view or left the UK without the Art Fund's crucial intervention. Woven into the exhibition are the fascinating and dramatic stories behind their acquisition. Documentary material, including photographs, legal documents, letters and press cuttings, illustrate the history of the Art Fund and its campaigning work.

The exhibition is curated by Professor Richard Verdi, Director of the Barber Institute of Fine Arts at the University of Birmingham. The artist Michael Craig-Martin is working as special advisor to the project, and architect Piers Gough has been commissioned to create the installation design.

The Hayward Gallery is a constituent part of the South Bank Centre (SBC), which is also responsible for the Royal Festival Hall, Queen Elizabeth Hall, Purcell Room, the Poetry Library, the Hungerford car park and Jubilee Gardens. Each year the Hayward Gallery presents up to six major art exhibitions as well as National Touring Exhibitions in more than 100 venues around the country. SBC also stages nearly 1,000 ticketed performances of music, dance and literature and more than 300 free foyer events. It annually attracts more than three million visitors.

Saved! is the opening exhibition for the newly revamped Hayward which includes an artist-designed space for public programmes and corporate entertainment, a new cafÃ© and improved access. Building work has started on this new foyer extension and glass pavilion, which is designed by New York-based artist Dan Graham in collaboration with architects Haworth Tompkins.

The National Art Collections Fund is the UK's leading art charity and celebrates its centenary this year. It has 85,000 members. In 2002 the Art Fund offered Â£5.6 million to museums and galleries across the country for the purchase of works of art. The Art Fund's recent successes include the campaign to extend free admission to all national museums and galleries, which it organised and led. The Art Fund is independent of government and raises money from membership subscriptions, donations, legacies and other sources, including events and activities organised by its 500 dedicated volunteers.

A lively and comprehensive programme of public events and projects together, with a fully-illustrated catalogue, accompanies the exhibition. In addition, a wide range of illuminating and original resources, including a special free audio guide, is available.