Geographies of Collaboration since 1945. The exhibition brings together installations and films - including four new productions - by John Akomfrah, The Otolith Group, Kader Attia, Yervant Gianikian & Angela Ricci Lucchi, and Jihan El-Tahri, which deal with the history of the colonial modernity and decolonization after 1945. 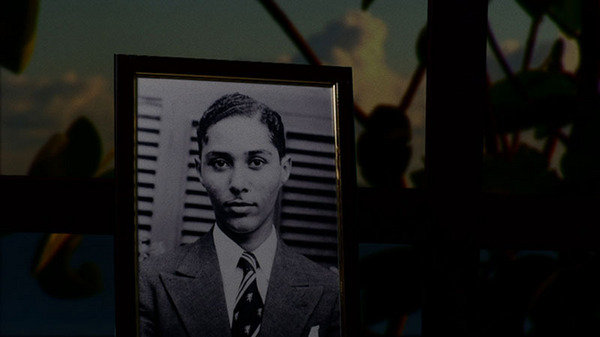 The project After Year Zero takes as its starting point the realignment of global relationships after the Second World War—Europe's "hour zero." However, it does not recount the post-1945 confrontation of the ideological blocs of the Cold War. Rather, the project focuses on the world-historical caesura of decolonization and the associated attempt to fundamentally challenge and transform the framework conditions of the era of colonial modernity. Its central point of reference is the first Afro-African conference, held in 1955 in Bandung, Indonesia, at which some 600 delegates from 29 nations and liberation movements drafted a model for collaboration by the global South under the banner of an anti-colonial modernity. This milestone in the history of decolonization launched, among other things, the Non-Aligned Movement. "Year Zero" here designates an historical break, the beginning of a new time reckoning, a symbolic reference point for a social order.

In their contributions to the exhibition After Year Zero and the conference Geographies of Collaboration, artists, filmmakers, and theoreticians pursue specific exemplary questions concerning the politics of historiography and the articulation of historical consciousness. For instance, how has the Pan-African movement positioned itself and changed since 1900? What role did an analysis of the continuity of colonial history and fascism play in the liberation movements? What echoes has the Négritude movement had in global pop culture since 1945?

The exhibition brings together installations and films—including four new productions—by John Akomfrah, The Otolith Group, Kader Attia, Yervant Gianikian & Angela Ricci Lucchi, and Jihan El-Tahri, which deal with the history of the colonial modernity and decolonization after 1945. John Akomfrah, recipient of numerous film awards and cofounder of the Black Audio Film Collective, shows two video installations. In a new work, he takes on the relationship of the language of the liberation movements to the political realities in the former colonies in Africa. The Unfinished Conversation (2012) is devoted to the cultural theorist Stuart Hall and his vision of a post-racial society, as well as his views on the global developments and dislocations of the 1950s. The London artists' collective The Otolith Group, initiated by Anjalika Sagar and Kodwo Eshun, mounts a new production for HKW that reflects on the Pan-African horizon of expectation for decolonization, taking as an example Ghana after its independence from Britain in 1957. They explore the geography of collaboration manifest in the visual culture of the years under Nkrumah's government. Kader Attia investigates cultural practices of mutual appropriation and representation between Africa and Europe. His new production examines the interconnection of colonial history and the Christian mission, focusing on the Vatican's vast collection of African art and cult objects, which is largely withheld from public view. The four-channel installation by Yervant Gianikian & Angela Ricci Lucchi, based on years of archival research, sheds light on Fascist Italy's imperial war in Ethiopia and Eritrea, and on the rise and psychology of "fascist man." The question of power and its influence on the people who possess it runs throughout the works of the author and filmmaker Jihan El-Tahri. For the exhibition, she has compiled archive materials and in-depth interviews from the decolonization era that highlight the historical and contemporary role of Egypt. Other contributions include e.g. Project Travelling Communiqué (Zoran Erić, Kodwo Eshun/The Otolith Group, Armin Linke, Doreen Mende, Branimir Stojanović, Milica Tomić, Stevan Vuković).

A two-fold conference in October and November surveys diverse "geographies of collaboration," working with the potential of the gray area in this term. It deals with, among other things, the implicit parameters of the global order and the essential role of Africa in the European construction of a universal history. Further, it discusses the historic significance of the Bandung conference of 1955, including for the Congress Hall building in Berlin, constructed 1957 and re-opened 1989 as "Haus der Kulturen der Welt," as well as the history of the global influence of African music, and it delves into the changeable categories of the "universal" in the production of art and culture.

The project includes an online publication with contributions by authors, artists, and academics.

After Year Zero is curated by Anselm Franke and Annett Busch in cooperation with the participating artists. Exhibition architecture and graphic design by Zak Group.

After Year Zero is a production of Haus der Kulturen der Welt.

The project After Year Zero is based on a series of workshops held in 2012 in Algiers, Dakar, Paris, and Johannesburg under the title "Matters of Collaboration," made possible by Goethe Institut Brussels.

Conference: Geographies of Collaboration I and II
October 3–5 and November 23–24