Nice. The artist often mines the history and traditions of his homeland. These explorations have taken his career through remarkably disparate stages. 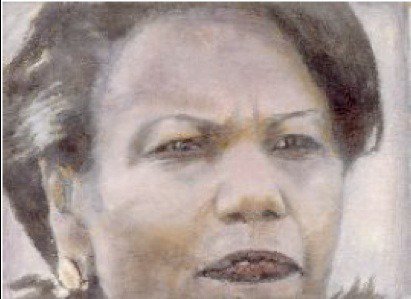 Since his first solo exhibition in 1985, Belgian artist Luc Tuymans (born in 1958) has established himself as one of the most influential painters working today, known for his distinctive painting style as well as for his choice of historically and emotionally charged subject matter.

Organized by Menil Director Josef Helfenstein and Curator of Modern and Contemporary Art Toby Kamps in collaboration with the artist, Nice. Luc Tuymans opens at the Menil on September 27 and will remain on view through January 5.

Residing in his native Antwerp, Belgium, the artist often mines the history and traditions of his homeland. These explorations have taken his career through remarkably disparate stages. In his early work, Tuymans was, in his own words, "an extremely colorful, gestural, virtuoso painter." This period was halted when he abandoned painting in 1982 and spent five years "obsessed" with mastering the art of filmmaking. His deceptively understated return to painting began where film ended. Throughout, however, he has kept the figurative image front and center. Today, his work drains that image of color, context, and emotional content; as benign as the paintings may appear, however, threats lurk just beneath the surfaces—of memories to be forgotten, of things sinister, even violent. The power of understatement can be particularly compelling in the portraits. Subjects almost never engage the viewer; their eyes are diverted, their faces sometimes obscured or missing or severely cropped.

Since the late 1970s Tuymans has painted hundreds of likenesses—of himself, family members, characters from films and plays, anonymous individuals, and historical and public figures. Superficially, most of these images hew to traditional ideas of portraiture. They are representations of specific individuals that highlight the face and contain clues about the time and the subject's character and social status. In spirit, however, Tuymans's portraits, like all of his images, are enigmatic and contrarian, defying definitions and expectations. Of his dispassionate approach, Tuymans has said, "I don't want to make portraits on a psychological level. I take all the ideas out of individuality and just leave the shell, the body. To make a portrait of someone on a psychological level, for me, is an impossibility. I am much more interested in the idea of masks, of creating a blindfolded space of mirrors."

Nice. Luc Tuymans includes approximately 30 paintings ranging from the artist's earliest mature work, G. Dam, 1978, to canvases finished in 2011. Tuymans, who designed the exhibition layout in collaboration with Josef Helfenstein and Toby Kamps, juxtaposes his work with selections from the museum's permanent collection such as ancient African and Native American cultures, mummy portraits from Roman Egypt (ca 150–200 AD), an 18th-century portrait of Enlightenment philosopher and writer Denis Diderot, and modern and contemporary portraiture. Viewed together, Tuymans's paintings and the works drawn from museum storage rooms probe the significance of the human face and form throughout the history of art.

The exhibition is accompanied by a fully illustrated catalogue containing essays by Toby Kamps and art historian Robert Storr.