Learning from the Cuencas

The research project on the cultural landscape of the Asturian mining area aligns itself with some of the key architectural manifestos of recent decades, arising as a result of seminal analyses of places which had once been overlooked. 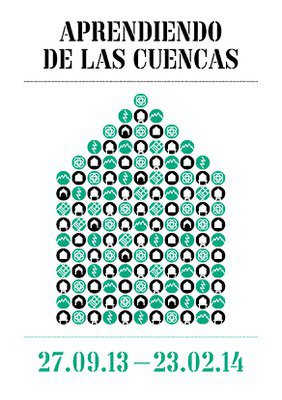 The purpose of the research project Aprendiendo de las Cuencas [Learning from the Cuencas] is to offer a new gaze on the cultural landscape of the Cuencas or coal mining areas of central Asturias. To this end, the project aligns itself with some of the key architectural manifestos of recent decades, arising as a result of seminal analyses of places which had once been overlooked. The interpretations made by Reyner Banham, Robert Venturi and Denise Scott Brown, Rem Koolhaas and Atelier Bow-Wow about Los Angeles, Las Vegas, New York and Tokyo, respectively, are now considered key turning points in their subsequent evolution.

As happened with these cities, the Cuencas or mining areas have changed considerably over a brief period of time. After undergoing an intense process of industrialisation, in just a few decades what were once natural valleys with basically rural economic and social structures came to host busy urban agglomerations of unexpected density in their very heart. While it obviously cannot rival the reputation of the above-mentioned examples, this heretical urban configuration is equally the result of the impact of economic interests in a specific space and in a relatively short lapse of time. Consequently, the co-existence of natural, rural, industrial and urban landscapes came about in a totally uncontrolled and unplanned fashion. The fuzzy limits between the different landscapes foreclose the possibility of identifying their areas of influence. The Cuencas are perceived as a mesh of opposing yet interconnected identities. This has given rise to incredibly heterodox building patterns that contain the conflict on which they are erected embedded in their genetic code. These are hybrid architectures, mutating artefacts which, despite the invisibility of their inevitable marginality, can offer really interesting lessons in architecture today.

In analysing them we endeavour to rehearse new windows of opportunity in contemporary architectural thought and to transform the conventional image of the Cuencas, a place which has been systematically overlooked yet which, when analysed from an unprejudiced point of view, represents a unique environment within Europe’s urban structure.

The show Los artefactos de la memoria [Artefacts of Memory] at the SabadellHerrero exhibition hall showcases a cross-section of the documentation and cataloguing carried out during the research process. The exhibition content is based on a study of 40 of the most outstanding artefacts identified in this territory. The reflection is expanded at LABoral Centro de Arte y Creación Industrial in a dreamlike speculation based on the contents of the research process divided into three categories: spectres, projections and fantasies.
During the opening Fasenuova will perform a concert for the audience