Self Made Urbanism Rome

Informal Common Grounds of a Metropolitan Area. An exhibition that exploring the Via Casilina, an arterial road in Rome running south-east from the central Porta Maggiore to the city's borders and beyond. The artists taking part in the S.M.U.R. project, in an exchange with scholars and city activists, explore the self-built and self-organised city expanding here over the last 100 years. 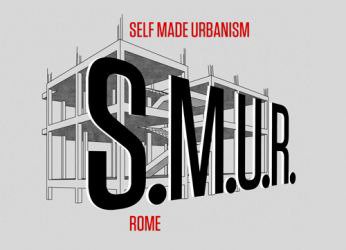 Self Made Urbanism Rome is an exhibition exploring the Via Casilina, an arterial road in Rome running south-east from the central Porta Maggiore to the city’s borders and beyond. The area fascinated Romantic artists who viewed this urban-rural landscape as complementing the historical and cultural densification with classical temples and inner city palazzi. The artists taking part in the S.M.U.R. project apply contemporary methods to investigate this historical terrain. In this process, they are continuing art history in a new way. In an exchange with scholars and city activists, they explore the self-built and self-organised city expanding here over the last hundred years.

Rome’s unplanned growth and its diverse forms of informality are an expression of the city’s particular nature and self-willed approach to urbanism. Around a third of the built surfaces in Italy’s capital city were informally occupied by and with its future residents, and constructed without building permission or links to the urban infrastructure. This phenomenon has a long history and very diverse forms, from self-built provisional accommodation and ethnic Roma settlements to major speculative ventures. The complex history and character of an urban landscape unstructured by any master plan is exemplary of the development of major cities in the early 21st century.

In Italy, the lived practice of self-organisation is also crucially important in current debates and arguments over the beni comuni, public property. After many years of seeing the ‘commons’ misused, public property also needs to be protected against state action as well as private interventions. This, in turn, requires the development of sustainable models of self-organisation. The numerous cultural locations squatted over the recent years, such as the Teatro Valle Occupato or Cinema America in Rome, testify to the breadth of the movement that desires change. Self Made Urbanism Rome offers a historical framework for a range of experiences of the self-organised city – and not only individual buildings – and, in doing so, also presents new approaches to the future organisation of the public domain and common goods.

Acompanying the exhibtion a booklet is available (G/ENGL).

In cooperation with: metroZones, SMUR research