An important retrospective revealing the totality of her plastic research thanks to more than 60 art works. Her work thrives on her scientific sensitivity and her taste for mathematics, enabling her to develop analytical reflections and structural models to infinity, nourishing her research until the end. 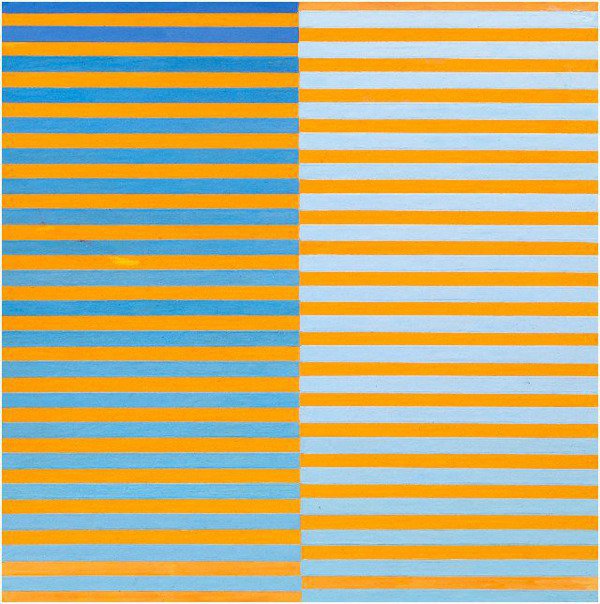 Dadamaino (1930-2004), born Eduarda Emilia Maino, took part in the European avant-garde movements of the 1960s that will forever leave their mark on art history. The Consortium in Dijon honors her work with a retrospective show until September 29th, as is the Palazzo delle Stelline in Milan, whilst the Tate Modern has recently purchased two of her pieces.

Tornabuoni Art presents the most important retrospective ever produced in a gallery, revealing the totality of Dadamaino’s plastic research thanks to more than sixty art works.
At this occasion a bilingual exhibition catalogue (French/English) is published with texts by Flaminio Gualdoni, Head of the Dadamaino Archive in Milan and Bernard Blistène, Head of Cultural Development at the Centre Pompidou.

Dadamaino had a very rich career, nourished by the different movements and currents emerging in Europe at the end of the 1940s. Whether it be for the first manifesto of Spatialism written by Fontana in 1948, or at the birth of the N and T groups in Italy, of the Zero group in Germany, of Equipo 57 in Spain, of the Groupe de Recherche d’Art Visuel (GRAV) (Visual Art Reseach Group) in France, or of the Nouvelle Tendance (New Tendency) in Zagreb, Dadamaino was present. She participated in all of these currents without ever lingering, on the contrary freeing herself rapidly from them and carrying on the development of her own plastic research. At the same time, the Italian artist was also a committed woman within the Italian communist party, ceaselessly defending her positions as an artist but also as a citizen.

“When in 58, I started cutting up canvases until only the frame was left to see, it is certain that I was putting myself in contradiction with the type of art practiced at the time”

Despite her discretion she nevertheless worked alongside some of the greatest artists of her time, such as Piero Manzoni and Lucio Fontana. Starting in 1958 she amplified the notion of Spatialism, which Fontana had developed with his famous « slashes », by tearing the canvas into elliptic forms, turning void into volume.

Tornabuoni Art will be showing a series of Volumi, these hollowed out canvases, imperfect cut-ups that become a frame for space. Her work thrives on her scientific sensitivity and her taste for mathematics, enabling her to develop analytical reflections and structural models to infinity, nourishing her research until the end. The Volumi will give way to another work, centered on optical vibration. At the time, Dadamaino perforated but also regularly superimposed, defied transparency and created the series Volumi a moduli sfasati emanating from her optical research through colors.

A political event, the massacre of Tall el Zaatar that took place in a Palestinian camp in 1976, caused the artist great anger and triggered a reflection on the work of the unconscious in artistic creation. From this obsession about the influence of thought will spring the Alfabeto della mente, an imaginary alphabet composed of sixteen signs that will enable, amongst other things, the « writing » of I fatti della vita (Facts of life) presented at the Venice Biennale in 1980, an illegible journal where she gathers and assembles the pulse of the world, trying to make sense of nonsense.

Finally, during the last decade of her life, Dadamaino’s work evolved towards spatial considerations in a literal sense. The work around the series Costellazioni, Movimento delle cose spurted from the desire to explore the cosmos, from her wish to « draw in the air ». The analysis of the world became the central object of the constellations. Her obsessional and never- ending quest for signs ponders countless questions about the meaning of life and of history.