Art Dealer of the Avant-Garde. The museum is showing a selection of the 37 artworks (paintings, sculptures, drawings and prints) in its permanent collection that were either bought directly from Alfred Flechtheim or were donated by him to the museum between 1920 and 1931. 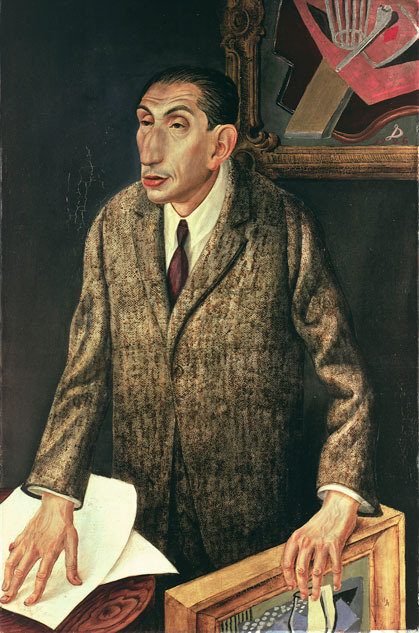 The art dealer and collector Alfred Flechtheim (1878–1937) was an important and influential figure on the German art scene during the first third of the 20th century. He championed Rhenish Expressionism and French Cubism, and promoted notable artists such as Max Beckmann, George Grosz and Paul Klee. Flechtheim left Germany in 1933, having accurately interpreted the virulent anti-Semitic attacks that had been launched against him and the artists he supported. From a new base in London, he continued to work as an art dealer until his death in 1937 as the result of an accident. His widow, who had returned to Germany, committed suicide after receiving her deportation orders in 1941, whereupon their property, including works of art, fell to the German Reich.

Alfred Flechtheim’s dedicated engagement as an art dealer left its mark on numerous German museums, thanks to his active role in developing their collections of modern art. A research project conducted by 15 museums aims to uncover these traces, present the results of the investigation in an illustrative manner and make them publicly accessible via an internet platform ( www.alfredflechtheim.com ). By adopting this approach, many of the operating mechanisms of the art market and the collection strategies of art institutions are rendered visible.

As one of the museums involved in this research project, the Hamburger Kunsthalle is showing a selection of 44 artworks (paintings, sculptures, drawings and prints) that were either bought directly from Alfred Flechtheim or were donated by him to the museum between 1914 and 1931, as well as two further works that got in the collection in 1961 and were formerly hold by the gallery of Alfred Flechtheim. Image: Otto Dix (1891-1969), Alfred Flechtheim, 1926. Nationalgalerie, Staatliche Museen zu Berlin, © bpk / Nationalgalerie, SMB / Jörg P. Anders © VG Bild-Kunst, 2013