Suspend Disbelief. The exhibition features a new body of work including paintings, sculptures and installations. 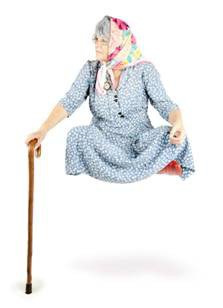 Stuart Semple returns to London with a ground-breaking exhibition, Suspend Disbelief, featuring a new body of work including paintings, sculptures and installations to coincide with Frieze week in October 2013.

Suspend Disbelief will encourage visitors to interact, experience and immerse themselves in Semple’s exploration of life, death and entertainment. The exhibition will take place throughout an imposing 19th century townhouse overlooking Regent’s Park. Within the £14 million property visitors will meander across four floors viewing artwork and installations in every room as well as taking time to relax in the secluded garden.

This collection of works toy with the notion of pausing disbelief in obvious fictions within entertainment in exchange for pleasure. However it comes at a cost. By turning our backs on the truth of the situation we allow ourselves to be duped into the rejection of essential realities.

Stuart says, “Suspension of disbelief doesn’t stop at entertainment. It extends to our whole lives, especially in the West. I think we’ve suspended disbelief in the fact that we’re all dying. That’s universal. We’re all mortal, but it’s not a bad thing. Only by acknowledging the inevitability of death are we able to truly live.”

As a painter Stuart will be presenting a new series of works. His on-going difficulties with anxiety and isolation, which were born from a teenage near-death experience, remain central motivators. However new fascinations with superstition and illusion have emerged. Eight years in the making, these large-scale paintings mark a significant evolution in Stuart’s process, subject matter and philosophy.

For the first time Stuart will be exhibiting major installations in addition to his paintings, including Happycloud Room, which features Semple’s celebrated smiley-faced cloud installation. Bloom is an entrancing and compelling 360° projection of thousands of brilliantly coloured flowers in perpetual bloom. The Effect, a life-sized hologram of Stuart performing various magic tricks, emphasises the human tendency to believe something that isn’t possible. Omega incorporates a mass of radios in tune to the left-over radiation from the Big Bang – the sound of the beginning and, as the artist believes, the end of time. Finally Jump is a giant bouncing-room, in which Stuart invites visitors to physically suspend themselves over and over again!

Through the diverse creations on display at Suspend Disbelief, Stuart Semple invites us to embrace these artistic illusions. By temporarily shedding our daily inhibitions and anxieties, we are able to reflect on the influence of our superstitions and analyse the nature of deception within a playful and exciting environment.

The exhibition will be accompanied by a full colour catalogue.

Stuart Semple
Stuart Semple (b.1980) is a British artist and curator. Educated at Bretton Hall in the Yorkshire Sculpture Park, Stuart came to prominence at the start of the millennium through making his distinctive social commentary drawings available via eBay. Since then he has enjoyed many major international exhibitions dedicated to his large scale canvases and installation works in Italy, Hong Kong, London and New York. His works can be found in top collections including the Getty, Langen, David Roberts and Niarchos foundations, exhibited recently at the Goss-Michael foundation and on the walls of One Hyde Park. Semple’s paintings are also housed worldwide in Moncler’s flagship stores.
His works have been well received during international art fairs including Art Basel Miami, Hong Kong Art Fair, Frieze and Art Chicago. Stuart is a keen collaborator and has worked on projects with Lady Gaga, The Prodigy, Gary Numan and Selfridges. In 2012 he became the first artist to release a digitally-created body of work, titled Exit, on iTunes. He is on the advisory board of the International Child Art Foundation and an ambassador for Mind. He has also been on judging panel for the Cork Street Open and the expert panel for CoolBrands.
Currently, Stuart is preparing to take his London show Suspend Disbelief on a four-city tour of Australia in early 2014, in Melbourne, Sydney, Perth and Adelaide.

Private View: By Invite Only

Bauer Art Foundation
4 Hanover Terrace, Regents Park - London NW1 4RJ
daily from 10am - 8pm except Thursday 17th when it will open from 10am to 5.30pm.