Untitled Horrors. The exhibition is the first extensive presentation of Sherman's oeuvre in Stockholm, stretching from the earliest series to her recent society portraits and murals. The selection reflects a recurring trait of the dark, grotesque and base - the abject, as it was called in 1980s art theory. 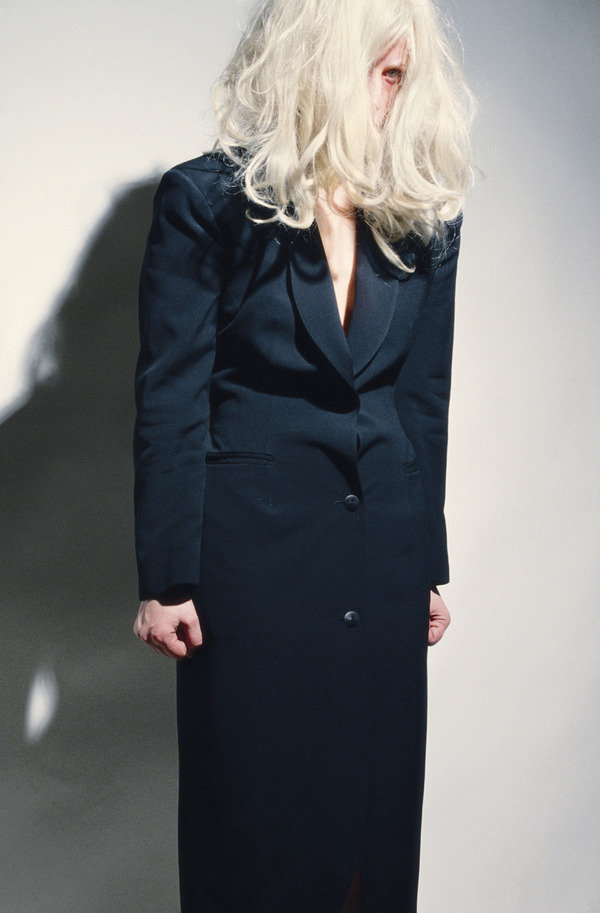 Cindy Sherman is one of the most important artists of our time. Since her breakthrough with Untitled Film Stills in the early 1980s, she has overturned both contemporary art and the attitude to photography. Her images became key works in an era when the concept of art was in constant turmoil, and she has continued to challenge notions of representation, identity and portraiture ever since.

Sherman’s photographic project is intriguing; what at first glance appears straightforward and consistent, soon proves to be contradictory. The artist is almost always present in her images, and yet they could not be called portraits. These works suggest characters, narratives, even though the enactments do not reveal anything in themselves. Like other artists of her generation, Sherman explores popular culture and cultural codes, where the spectator infuses the work with meaning. What elements of the image do we want to believe in, and why?

Cindy Sherman – Untitled Horrors is the first extensive presentation of Sherman’s oeuvre in Stockholm, stretching from the earliest series to her recent society portraits and murals. The selection reflects a recurring trait of the dark, grotesque and base – the abject, as it was called in 1980s art theory. We sense references to film noir or splatter movies, wicked fairytales and potential violence. But the horror and outrage are in the eye of the beholder – there is no sex, for instance, in Sherman’s Sex Pictures, no nudity in her Centerfolds. The motifs are captivating and take us by surprise, they strike up a primordial fear in us; her artistic method is distinctly related to surrealistic ideas of reaching beyond the conscious, rational self.

Cindy Sherman (born 1954 in the USA) belongs to a generation of postmodern artists whose work is primarily conceptual, and who deny the supremacy of the original or the existence of absolute truth. She chose photography at a time when painting was the dominating medium, and she was influenced by the conceptualism of the late 1970s and 1980s, moving images and performance art. The roles she takes on in her works, ranging from female stereotypes to symbiotic combinations of man and animal or machine, can be at once disturbing and comical. Genres from art history and photography, whether they be history painting, fashion photography or pornography, are manipulated. But Sherman’s intention is never to create a convincing illusion; she combines familiar elements into new constellations to disarm obvious interpretations. Cindy Sherman’s works have reached an incomparably wide audience, and are iconic to a number of prominent art theorists and feminists.

The catalogue includes texts by the authors and dramatists Kathy Acker, Sibylle Berg, Miranda July, Karl Ove Knausgård, Lars Norén, Sjón and Sara Stridsberg. Rather than adding to the plethora of theoretical commentary, the catalogue lets Cindy Sherman’s imagery inspire some of the most seminal contemporary voices in literature.

The exhibition Cindy Sherman – Untitled Horrors was produced jointly by Moderna Museet in Stockholm, the Astrup Fearnley Museum in Oslo, and Kunsthaus Zürich in Switzerland.