Subliming Vessel. Along with his drawings, he presents some of his storyboards (personal documents including sketches, postcards, books and various documents found on the internet) which he assembles to map the narrative structure and imagery of his projects. In conjunction with the exhibition, Barney creates a new Drawing Restraint performance in the BnF's premises. 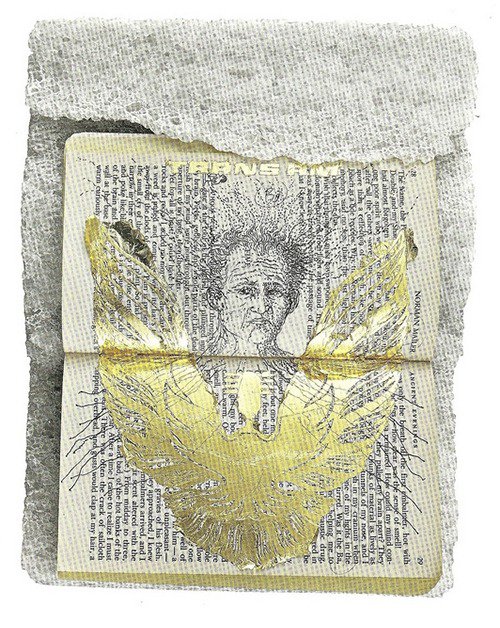 Born in San Francisco in 1967, Matthew Barney is among the most striking American artists on the contemporary art scene. He made his name by spectacular performances combining sport with art, suspended from his gallery’s ceiling or climbing the walls and creating drawings in such a position. He achieved international recognition with his ‘Cremaster’ film cycle (1994-2002) where he appears transformed into different shapes, both animal and human, and journeys through a baroque, dreamlike world emanating a powerful hypnotic pull. The Bibliothèque nationale de France, in partnership with the New York Morgan Library and Museum, organizes the first retrospective of his drawings in France, so disclosing a more intimate and secret aspect of this exceptional artist.

The exhibition presents about 80 drawings made by Matthew Barney between 1988 and 2011, housed in public and private collections. Contrasting with the baroque features of his videos, performances and sculptures, Matthew Barney’s drawings are intimist, meditative works in a small format. For these drawings, the artist uses both traditional techniques (graphite pencil and ink) and unusual materials (minerals, petroleum jelly…). They stand at the end of a long creative process and follow his films, focusing on the same major themes. Crossed by delicate lines in the tradition of Dürer, Cranach or Hans Bellmer, these drawings are related to the first ‘Drawing Restraint’, the ‘Cremaster’ cycle and his new film, ‘River of Fundament’, based on the novel by Norman Mailer, ‘Ancient Evenings’.

Invited to the BnF, Matthew Barney wished to meet the ‘carte blanche’ challenge. Along with his drawings, he presents in showcases created by himself some of his storyboards (personal documents including sketches, postcards, press clippings, books and various documents found on the internet) which he assembles to map the narrative structure and imagery of his projects. For the exhibition, he has selected outstanding works held by the BnF such as medieval illuminated manuscripts, papyrus, Egyptian antiquities and engravings by the great masters of print making, as well as rare and precious books on alchemy. His innovative artistic approach subverts the traditional presentation of documents and transforms each show-case into an original work of art.

In conjunction with the exhibition, Matthew Barney will create a new Drawing Restraint performance in the BnF’s premises.

Exhibition organized by the Morgan Library & Museum de New York in collaboration with the BnF.
In partnership with the new MK2 art et essais housed in François-Mitterrand Library and with the Cinémathèque française. A series a films by Matthew Barney will be presented during the exhibition period.