Expanded Narration. The Biennial is interdisciplinary and the genres cross borders, it offers an international platform for discourse and for the networking of film and television producers, artists, designers, researchers. There are seven exhibitions in the town's museums, the festival section has compiled a selection of lectures, discussions and screenings. 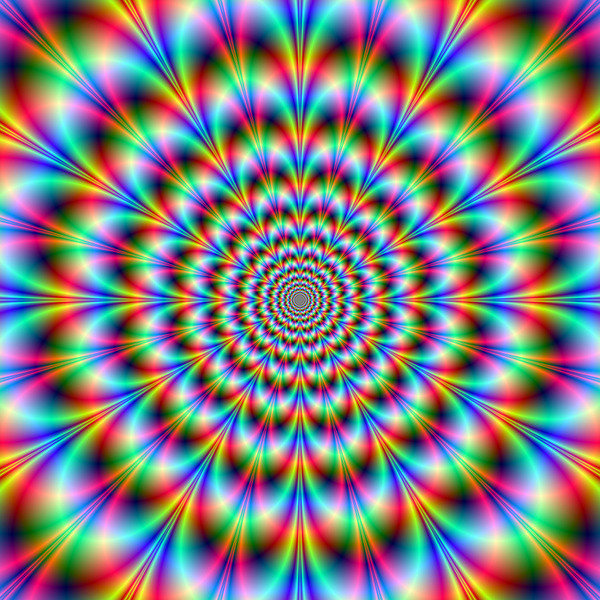 The new B3 Moving Image Biennial will be held from 30.10. to 03.11.2013 in Frankfurt and in the Rhine-Main region. The central theme is "Expanded Narration. Das neue Erzählen". The aim of the Biennial is to establish a broad alliance for the moving image. To this end the B3 is already working with twelve partners from museums, galleries and exhibition spaces in the region, with the Hessen Film and Media Academy (hFMA), which consists of a network of 13 Hessian universities with teaching programmes focussing on film and media, with the Cluster of Excellence "The Formation of Normative Orders" at the Goethe University Frankfurt am Main as well as with players from the cultural and creative industries.

The Biennial is interdisciplinary and the genres cross borders. It offers an international platform for discourse and for the networking of film and television producers, artists, designers, researchers, technology providers, industry participants and new talent. The organizer of the B3 Moving Image Biennial is the [Offenbach University of Art and Design (HfG)] "Offenbach University of Art and Design (HfG)"). It is supported by the Hessian State, together with the Hessian Ministry for Science and Art, LPR Hessen and the City of Frankfurt.

The B3 Moving Image Biennial awards established artists and young talents with the BEN. The prize was designed by the South African artist Trevor Gould. It was created for the project Three Dimensional Blur, which had its debut at the Offenbach University of Art and Design, where Gould taught as a visiting professor in 2002. The idea behind it was: how can a blur be represented in three dimensions?

Honoured with a BEN are artists from the programme of the Biennial, who especially deal with innovative forms of new narrative techniques in their work. The three main prizes and three young talent prizes are awarded in the categories Linear, Non-linear and Transmedia.

Under the key theme “Expanded Narration. Das neue Erzählen”, the festival section has compiled a selection of lectures, discussions and screenings that revolve around the moving image. In order to do justice to the diversity of the media forms, the first issue of the B3 Biennale focuses on six key areas: It is dedicated, profoundly, to the new TV series, which are regarded as “Mega Movies”, currently establishing themselves as a new form of epic narrative – and thereby initiating a summit meeting of the coming stars of the respective genres at an international level. New narrative formats are also being tested in the development of computer games. Our Games sector illuminates the technical and contextual innovations of the genre and their design and participation potential.“

“Immersion” is the term used to describe immersion of the viewer into the moving image. This key theme shows how dome movies and other new projection technologies enable narrative to be shown beyond the limitations of the rectangular screen. The moving image would seem to be conquering the public space, thus B3 is bringing creative people from all over the world to discuss the new dimensions and opportunities of immersion. The digital revolution has allowed for the birth of new, transmedial forms of narrative, i.e. those whichcross-over into different media. In the certainty that “transmedia” will become a key cultural issue in the coming decades, the Festival will be showing the innovative power of these new formats and introducing some major transmedial storytellers.

The B3 Biennale moreover offers the space for cinematic experimentation – in search of a new Cinema. With this in mind, the Festival is introducing projects that demonstrate some extraordinary ways of combining media, or linking cinema with figurative art. The significance of moving images to art is also increasing year by year. The B3’s Art focus presents the central positions of topical video art – this includes several German premieres, among them works by Candice Breitz, Julika Rudelius, and Richard Mosse.

For many years, the Stuttgart-based artists Eva Paulitsch and Uta Weyrich have been collecting cellphone films from young people from all over Europe. They speak to these young people in public spaces about their self-shot films in order to add them to their digital archive. The constantly expanding collection has become a sort of forensics lab, securing evidence of everyday lives and, what’s more, over time it has become a looking glass for social developments. Two installations have resulted from this, one that the audience can find in the museum’s interior, and another located outside. In the exhibition room, a walk-in installation brings the cellphone films together into an esthetically experiential landscape of the senses.

Drawing on references from archaeology, philosophy, mathematics and ritual, Ultimate Substance departs from the hypothesis that the introduction of coinage in the ancient Greek world effected a profound cognitive shift that was key to the emergence of western philosophic, scientific and dramatic traditions. The work was made during a year in Greece and filmed in and around the Numismatic Museum, Athens and Lavreotiki, a nearby mining district, which provided the silver that constituted the material base on which the edifice of the classical Athenian city-state was founded. In contradistinction to the popular image of the acropolis, the vast mining galleries propose an inverse image of antiquity. Abandoned in Roman times, the mines were re-discovered in the 19th Century making Lavrio the first factory town of the modern Greek state. The film's fragmented structure explores how these different temporal strands have become compounded in time, and the impact of this subterranean history on our present understanding of the division between sensual and abstract forms of knowledge and experience.

Per Speculum Me Video
The Frankfurter Kunstverein is presenting the group exhibition “Per Speculum Me Video” as its contribution to the new “B3 Biennial of the Moving Image” in Frankfurt/Rhein-Main. It brings together works by nine artists who explore the construction of the self in contemporary video art and photography. Sounding like a long forgotten magical spell, the Latin title of the exhibition underscores the theory of
French psychoanalyst Jacques Lacan—that self-perception and the development of the ego are coupled with the recognition of one’s own image in the mirror

Remake, mashup, pastiche, citation: contemporary video artists have taken various approaches to the films of Rainer Werner Fassbinder (1945 –1982). The exhibition Fassbinder Now: Film and Video Art sheds light on the ongoing significance of this important postwar director by drawing comparisons: selected video works are juxta- posed with clips from Fassbinder’s films. The resulting contrasts and similarities demonstrate what Fassbinder’s era has in common with ours, but also what the differences are. In cooperation with the Rainer Werner Fassbinder Foundation Berlin (RWFF), the exhibition also features numerous original documents, production photos and clips from television interviews, which illustrate the filmmaker’s creative method and artistic vision. A retrospective of Fassbinder’s films in the cinema of the Deutsches Filmmuseum completes the show.

For the first time the Weltkulturen Museum presents a selection of over 100 ethnographic short films, produced between 1952 and 1994 under the title of “Encyclopaedia Cinematographica” in the Green Room of the Weltkulturen labor. The objective behind this ambitious project was to visually capture essential aspects of cultural innovation in different regions of the world so as to catego- rize, archive and compare this material across various cultures. The resulting “visual specimens” were then used to draw up a filmic lexicon of the whole world suitable for the purposes of research and scientific inquiry. From the construction of a bridge in Afghani- stan through to ray angling on the Gilbert Islands or the preparation of a poison arrow in Venezuela – all this and more can be viewed in the Green Room of the Weltkulturen labor. The exhibition curated by Alice Pawlik presents these films in a sequence from A to Z with accompanying publications and fieldwork photography.

EMERGENT
On the occasion of the B3 Moving Image Biennial, the MEGA Museum of Electronic Games & Art is offering a tour through various interactive exhibits that illustrate the development of figurative narrative and Ludic storytelling in electronic games, as well as the relationship between text and image. A special show featuring the computer game series “Ultima” will introduce the main theme: Image in relation to text, but also the emerging development of the image itself. The main exhibition is dedicated to two dimensions of storytelling in computer games: classic-literary narrative and Ludic narrative, both tours running parallel.