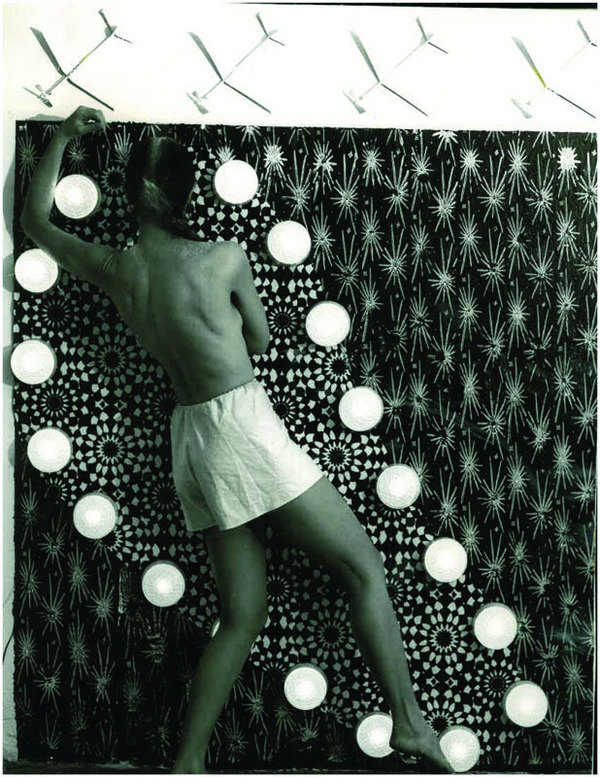 NEW YORK, NY, August 2, 2013—This fall the Whitney will present Rituals of Rented Island: Object Theater, Loft Performance, and the New Psychodrama—Manhattan, 1970–1980, a groundbreaking look at a vibrant community of artists and the experimental performance art they produced. This exhibition showcases works created in alternative spaces, lofts, storefronts, and city streets that expressed the radical potential for theater and art performance as a new means of artistic expression. Organized by Jay Sanders, the Whitney’s Curator and Curator of Performance, Rituals of Rented Island will be on view from October 31 to February 2014 in the Museum’s third-floor Peter Norton Family Galleries.

The Whitney’s inventive presentation will create an immersive experience that both documents the era and recreates it in part with installations of sets and environments, objects, film and video, photography, drawings, ephemera, and live performance by the following artists: Vito Acconci, Laurie Anderson, Jared Bark, Ericka Beckman, Ralston Farina, Richard Foreman/Ontological-Hysteric Theater, Julia Heyward, Ken Jacobs Apparition Theater of New York, Mike Kelley, Kipper Kids, Jill Kroesen, Sylvia Palacios Whitman, Yvonne Rainer and Babette Mangolte, Stuart Sherman, Theodora Skipitares, Jack Smith, Michael Smith, Squat Theatre, Robert Wilson/Byrd Hoffman School of Byrds, and John Zorn/Theatre of Musical Optics.Built upon the foundation of Fluxus, Happenings, and the Judson Dance Theater, the art scene in Manhattan—particularly SoHo—remained an epicenter for avant-garde performance throughout the 1970s. Experimental theater flourished in venues such as Jack Smith’s two-story Plaster Foundation of Atlantis studio and Robert Wilson’s Byrd Hoffman School of Byrds. Nearby, both The Kitchen (founded in 1971) and Artists Space (which opened in 1973) became seminal venues for an emerging generation of artists whose performances pushed the formal limits of music, theater, and dance. The performances in these spaces were unlike those of the 1960s. Instead of trying to break down the boundaries between art and life, this younger generation reacted to the growing cynicism and disillusionment of the decade.

Their solo and ensemble performance works addressed social, political, and media constructions and were revolutionary in incorporating references to both high- and low-brow entertainment. Moreover, the work produced during this time period provided a necessary footing for the next generation of artists, which coalesced as the vibrant East Village scene of the 1980s and its associated styles of No Wave, New Wave, and Post-Punk.

“I see this constellation of artists representing a fascinating and unarticulated ‘secret history’ of New York art of the 1970s and of important and under-recognized currents in performance,” says Sanders. “While much of the radical work of the ’60s has come into view, many of the most groundbreaking aspects of this subsequent decade still remain elusive. This work speaks fundamentally to strategies being investigated by emerging artists today in the ways it addresses the commercial world, media space, user-interfacing, persona and personal experience, and the body in performance. It’s clear that these more obscure aspects of the ’70s are extremely rich and important to our concerns today and give us many alternative ideas of what art can be.”

The title of the exhibition comes from Jack Smith’s nickname for Manhattan, which he coined for his infamous 1976-77 play, “The Secret of Rented Island.” Emblematic of the era’s performances, Smith’s five-hour-long production, based on Henrik Ibsen’s “Ghosts,” cast children’s toys as lead characters and the artist in the role of Oswald, played here as an actor who couldn’t remember his lines. The dialogue, which was largely prerecorded, was said either absurdly fast or painfully slowly.

The terms “Object Theater” and “The New Psychodrama” refer to sensibilities present in these performances. The first phrase denotes events such as Stuart Sherman’s “Spectacles” and John Zorn’s Theatre of Musical Optics, featuring tabletop performances in which the table was a miniature theater and the objects being moved on top of it were essentially tiny actors. For the purposes of this exhibition, this term can be broadened to describe the blurring of objects, people, images, and other items within works (such as how both inanimate objects and people were characters in “The Secret of Rented Island”). Richard Foreman’s Ontological-Hysterical Theater radically broke down these boundaries, with productions beginning in the late 1960s in which actors, props, sounds and the set were of equal importance. And solo performances by Jared Bark, Sylvia Palacios Whitman, Theodora Skipitares, Michael Smith, and others saw artists manipulating environments of props and media in new and fascinating ways.

“The New Psychodrama” refers to the insertion of autobiographical material and the staging of varying emotional and psychological states within live performances. Building on advances in psychology as well as using personal memories of childhood, family, and other social experiences as content, artists of this generation intentionally included their own narratives and their personalities into their works, signaling the preliminary collapse of the barrier between the intimately private and the public that continues up to the present day. For example, in Yvonne Rainer’s piece “this is a story of a woman who...” the artist played herself, actively mixing autobiography and fiction. Vito Acconci, Laurie Anderson, Julia Heyward, Mike Kelley, Jill Kroesen, and others also integrated their private lives and emotional states into their theatrical works, examples of which will be on view.While Rituals of Rented Island is the first museum exhibition to consider this decade in retrospect and these characteristics of performance as a cohesive and critical movement, the Whitney was also among the first institutions to recognize the work of this generation of artists at the time. In February 1976, former Whitney curator Marcia Tucker organized Performances: Four Evenings, Four Days, which featured live performances by Laurie Anderson, Jared Bark, Richard Foreman, Julia Heyward, Stuart Sherman, Michael Smith, Robert Wilson, and many others. For most of these artists, it marked their first presentations in a museum.

As part of Rituals of Rented Island, performances will take place both within and outside the exhibition’s galleries, including:

• A performance by Michael Smith of a new solo work, which mines gestures and utilizes objects and props from his seminal early pieces

• Reinvestigations of their groundbreaking 1970s performances by Laurie Anderson, Julia Heyward, Sylvia Palacios Whitman, and others.

This exhibition is accompanied by a fully-illustrated catalogue with essays by Jay Sanders and the writer and film critic J. Hoberman, who also served as a curatorial consultant on the exhibition. The book also includes numerous previously unpublished photographs of performances, ephemera from artists’ archives, and other primary source materials. Sanders and Hoberman will also program a series of events and film screenings that are related to the exhibition. Please check whitney.org for the forthcoming schedule of screenings and events.

About the Whitney
The Whitney Museum of American Art is the world’s leading museum of twentieth-century and contemporary art of the United States. Focusing particularly on works by living artists, the Whitney is celebrated for presenting important exhibitions and for its renowned collection, which comprises over 19,000 works by more than 2,900 artists. With a history of exhibiting the most promising and influential artists and provoking intense debate, the Whitney Biennial, the Museum's signature exhibition, has become the most important survey of the state of contemporary art in the United States. In addition to its landmark exhibitions, the Museum is known internationally for events and educational programs of exceptional significance and as a center for research, scholarship, and conservation.
Founded by sculptor and arts patron Gertrude Vanderbilt Whitney in 1930, the Whitney was first housed on West 8th Street in Greenwich Village. The Museum relocated in 1954 to West 54th Street and, in 1966, inaugurated its present home, designed by Marcel Breuer, at 945 Madison Avenue on the Upper East Side. While its vibrant program of exhibitions and events continues uptown, the Whitney is moving forward with a new building project, designed by Renzo Piano, in downtown Manhattan. Located at the corner of Gansevoort and Washington Streets in the Meatpacking District, at the southern entrance to the High Line, the new building, which has generated immense momentum and support, will enable the Whitney to vastly increase the size and scope of its exhibition and programming space. Ground was broken on the new building in May 2011, and it is projected to open to the public in 2015.