A History of Possible Encounters at Salt, Istanbul. The exhibition is an attempt to think of actual and concrete, as well as tenuous or even possibly non-existing connections between 4 artists who lived and worked in New York during the heady days of the 1980s and the early 1990s. 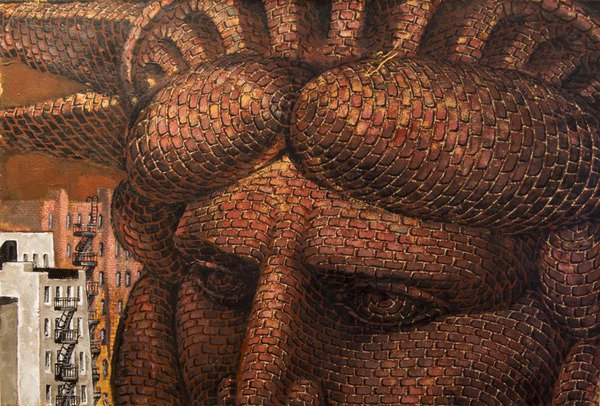 Para Site proudly presents Taiping Tianguo, A History of Possible Encounters. Ai Weiwei, Frog King Kwok, Tehching Hsieh, and Martin Wong in New York at SALT, ISTANBUL. The exhibition is an attempt to think of actual and concrete, as well as tenuous or even possibly non-existing connections between four artists who lived and worked in New York during the heady days of the 1980s and the early 1990s.

Throughout the 20th century, artists traveled to cities in Western Europe and the United States to experience stimulating artistic communities and often a more liberal lifestyle. Now, as the geography of hegemony in art is changing to include new metropolises in the South and East (Hong Kong and Istanbul being two of the most representative examples for this process) and the lifestyles are homogenizing throughout the world, we are in a position to review how earlier moments of artistic migration impacted individual practices and the development of art discourses in different contexts. While Taiping Tianguo looks specifically at four Chinese artists forging their artistic positions while in New York, the relationships they formed present just one set of possible encounters that can be multiplied to imagine similar but also place-specific scenarios occurring across the globe.

Ai Weiwei, Frog King Kwok, Tehching Hsieh and Martin Wong have come to prominence in different ways. While all of them are “Chinese,” they hail from different places, contexts, and lineages and are situated in wildly divergent art historical narratives and discursive matrices. Ai is from mainland China, Kwok from Hong Kong, Hsieh from Taiwan, and Wong from San Francisco: all arrived in New York in the late 1970s to the early 1980s. Ai, Kwok, and Wong returned to their hometowns in the early 1990s, while Hsieh continues to live in New York. Wong died in 1999.

Between these four artists, certain connections are documented or remembered. For instance, Hsieh appears in Ai’s photographs from this time; Kwok provided critical assistance for Hsieh for some of the latter’s legendary “One Year Performances”; and Kwok met Wong and Ai at the KWOK Gallery, the space he ran in Soho. For all four artists, New York in the 1980s and early 1990s represented a time-space, which was filled with freedom and possibilities that incubated their artistic visions and imaginations. This exhibition ventures to propose an alternative narrative to those that disregard these artists’ personal connections in favor of city, nation-specific or formalist histories. It suggests a casual community, a network of acquaintances, and an underground economy. By doing so, it hopes to contribute to a critical reading of this period—the first decade of contemporary Chinese art and the prelude to the era of globalized contemporary art.

“Taiping Tianguo” (Heavenly Kingdom of Eternal Peace) was the name of the domain in Southern China established by the Taiping Rebellion in the mid-19th century. Wong used the name as the inspiration for a painting, and it was in turn used as the title of his posthumous exhibition. The present exhibition borrows it again as a metaphor for the New York of the 1980s and early 1990s, the time-space which was crucial to the lives and works of the four artists in this exhibition.

太平天國/Taiping Tianguo is co-organized by Para Site and the curatorial initiative A Future Museum for China. The exhibition was first presented at Para Site in 2012. For its presentation at SALT, a detailed time-line, a new selection of paintings by Martin Wong, and three recent objects by Ai Weiwei have been added.