Words without silence / Silence without words. Nannucci has created a new site-specific installation composed by 7 monochrome luminous neon texts spread across the exhibition space, creating a unitary route making a statement about the semantic polyvalence of colour, light and language. 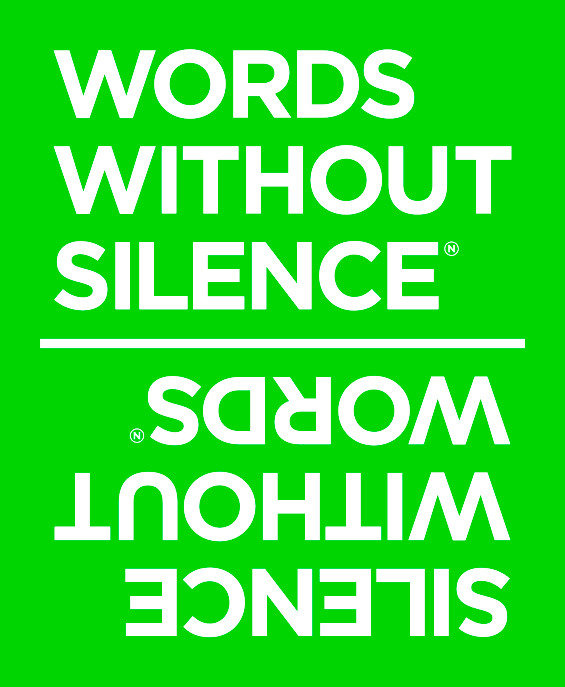 For his third exhibition at Galerie Nikolaus Ruzicska in Salzburg, Maurizio Nannucci has created a new site-specific installation composed by seven monochrome luminous neon texts spread across the exhibition space, filling each one with coloured reflexes and creating a unitary route making a statement about the semantic polyvalence of colour, light and language. All texts have a chiasmatic pattern, can be read in reverse and in consequence the meaning of the writing is turned upside down.

Blue, red, yellow, green, white, pink and orange are the used colours, as the early neon writings the artist conceived in the sixties. The neon texts are installed in the centre of the walls and give form to a continuous polychromatic horizon, in which colours make a fusion, turning the monochrome light of every single neon into a scale of shades unifying all texts.

Nannucci's work focuses on artistic research of light, colour and language and on the use of a variety of different media: sound, photography, video, computer, artist's books, editions and multiples. Over the course of the years, this interdisciplinary activity has generated a rich, multiform body of works. Totally poised towards formulating a new aesthetic order for contemporary society, his theoretical approach elaborates and gives visibility to concepts and thoughts that reveal his substantial thinking about the relations between culture and society and the evolution of new models of perception and communication.

Maurizio Nannucci (1939, Florence) lives and works in Florence and south Baden. He has a long track record (dating back to the mid-sixties) as protagonist of international artistic experimentation in the field of Concrete Poetry and Conceptual Art, a process that has involved his developing a personal language related to verbal and multimedia structures. His first neon lighting texts date from 1967, when he harmonised the meaning and fluidity of writing with the lightweight properties of coloured glass. In 1968, he established the Exempla Editions in Florence and set about promoting the non- profit art spaces Zona (1975/1985), Zona Archives and Base / Progetti per l'arte (since 1998).

Furthermore, we gladly point out the upcoming exhibition by Maurizio Nannucci “Art is not intended to be perfectly transparent in meaning”, taking place at Giacomo Guidi Arte Contemporanea in Rome from 7 December 2013 until 28 February 2014.

Exhibition images are located within the press section of our website: www.ruzicska.com/press. On request we are sending images via email as well. For further questions Sophie Leimgruber and I are pleased to be at your disposal. I am looking forward to your reporting, sending my best greetings from Salzburg!