Traditionally earmarked for young talent, the KunstNu room is occupied this time by an installation custom-made by the German artist Florian Auer. For his process-based exhibition Richard Venlet uses the whole S.M.A.K. collection. The largest survey of his work today, Praise of Folly throws a spotlight on most of Javier Tellez's major films and installations of the last 10 years. 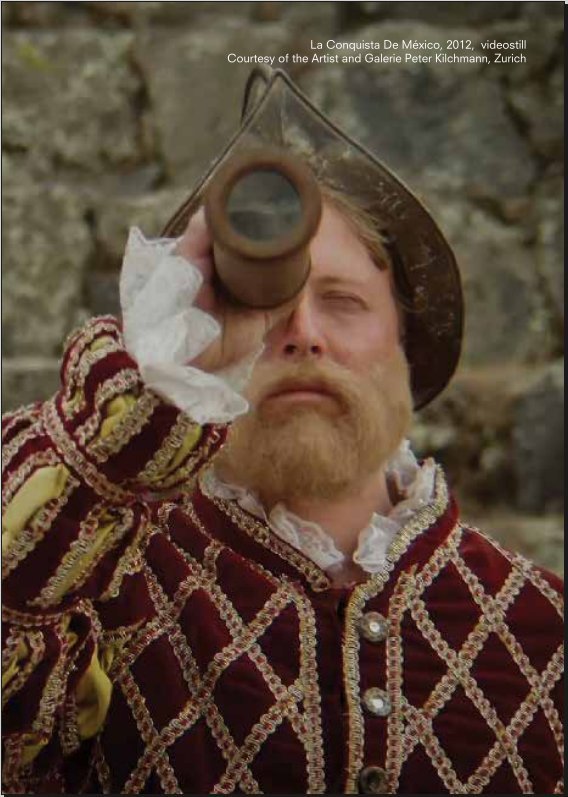 Traditionally earmarked for young talent, the KunstNu room is occupied this time by an installation custom-made by the German artist Florian Auer (°1984, Augsburg).
Florian Auer may be a member of the 'digital natives' generation but he is keenly interested in the 1980s, a time he believes that for the first time produced the kind of environment in which the prevailing aesthetic value, culture, technology and mentality allowed success to be achieved on the basis of nothing, irrespective of origins or social circumstances. 'Casino Noir' offers an ironic commentary on the decadent nature of the marketing culture that arose during the 1980s: whenever an individual personality gets lost in an extreme form of 'branding', it actually moves in the opposite direction to attain complete and utter anonymity.

The work of the Brussels-based artist Richard Venlet (1964) combines sculpture, art history research, exhibition design and architecture. His refined abstract aesthetics and the pragmatism of his oeuvre reach far beyond a simple formal reference to Modernism and Minimalism. He often incorporates the work of other artists into his work: for this process-based exhibition the whole S.M.A.K. collection will be put at his disposal.

The first floor of the museum's left wing will act as a temporary platform for a constantly changing presentation. It will question how various works of art relate to each other, with particular attention to the different ways they have been presented over the years.

In-depth activities such as 'cases' and thematic evenings will be held while the exhibition is on.

The largest survey of his work today, Praise of Folly throws a spotlight on most of Javier Téllez's major films and installations of the last ten years.

As the son of two psychiatrists, Venezuelan artist Javier Téllez (b. 1969, Valencia, Venezuela) grew up in an environment where the mentally ill were part of everyday life. His film projects involve close collaborative ventures with what are usually 'invisible' communities, such as psychiatric patients or people with disabilities, allowing them to participate in the work process in order to produce a dignified and non-stereotyped image of those who are stigmatized. Combining documentary and fictional elements, Téllez works together with these people to provide a fresh interpretation of classical myths, private and collective memories and historical references. His work lends a voice to those who are marginalized, outsiders and the disenfranchised, in order to challenge the concept of what is normal and what is pathological in our society.

In autumn 2014 the exhibition travels to Kunsthaus Zürich.

S.M.A.K. Museum of Contemporary Art
Citadelpark, 9000 Ghent, Belgium
Hours:
Tuesday through Sunday from 10 am to 6 pm
Closing time cash-desk: 30 minutes before closing of the museum
Closed on Monday
24, 25 and 31 December and 1st January: museum closed
Entrance fees
€ 6: individual visitor
€ 4,5: groups from 15 persons, under-25s, over-60s, students
€ 1: young people under the age of 26
Free: for children up to and included the age of 18, disabled and persons accompanying groups.