Let's Dance. This second part will include mainly new, contemporary productions transforming the exhibition into a lively/living organism. Works by Franz West, Bruce Nauman, Lili Dujourie and Michel Verjux serve as an important historical background to the show. 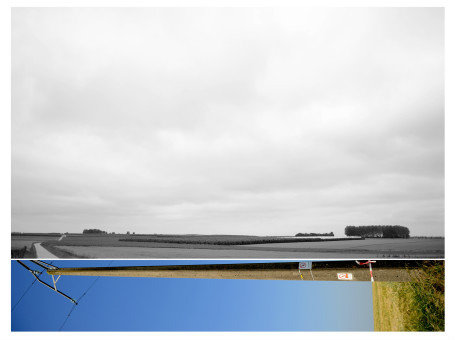 While the first part of Upside Down focused on the radical developments in sculpture in the 1960s and 1970s, the second part will include mainly new, contemporary productions transforming the exhibition into a lively/living organism.
The work of the late Franz West is taken as a focal point. His work must be considered as an intermediate between avant-garde and contemporary art. Moreover, with his bizarre, wearable sculptures/Passtuecke he built bridges between minimal art, performance and an free and interactive form of bodily action.

Works by Bruce Nauman, Lili Dujourie and Michel Verjux serve as an important historical background to the exhibition.
New works by Joelle Tuerlinckx, Peter Rogiers, Joris Van de Moortel, Gert Robijns en Anetta Mona Chisa and Lucia Tkacova and recent works by Herman Van Ingelgem, Ann Veronica Janssens, Manfred Pernice as well as a mini version of “Everything for You, Strombeek” by Jan De Cock add to a subjective vision on contemporary sculpture in which the theatrical and/or performative plays an important role. A very special contribution is the video produced by advisor/choreographer Vicent Dunoyer and Dirk Braeckman which takes the tangible reality of the exhibition hall in Strombeek as a point of departure, resulting in an abstract "motion picture" with latent references to certain stellar constellations.