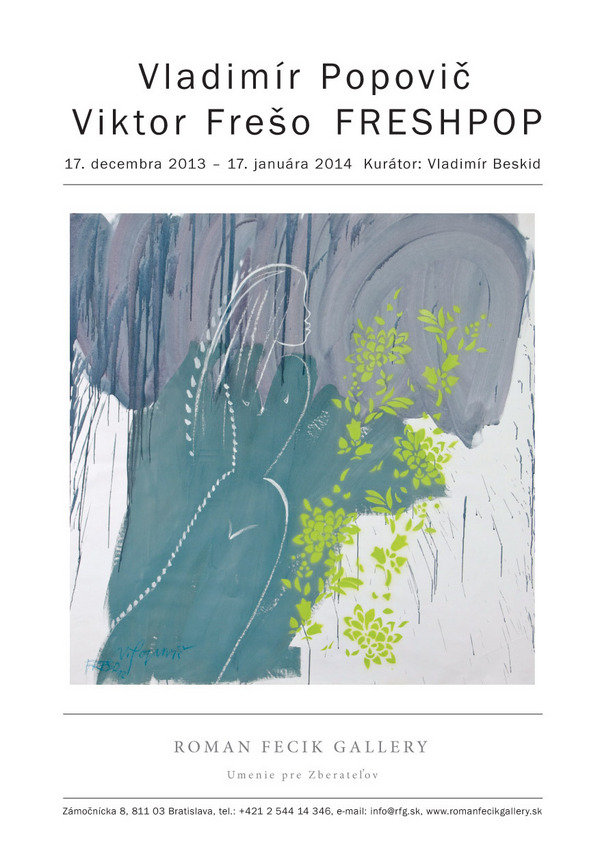 In this paint debate, which originated in the year 2013, they have obviously different aims and temperaments. While Frešo is more a director of painting field with energetic expressive gesture, massive color base; Popovič acts in the role of narrator, animator of shared paint on canvas. Mainly his female figures creates imaginary figural stories, almost film sequences or consequence of records.