Transformation of Light. More than 30 abstract works created by the artist in the last decade will be put on displa. The main subject of Chkhaidze's art is Light that connects the physical world and the metaphysical one. 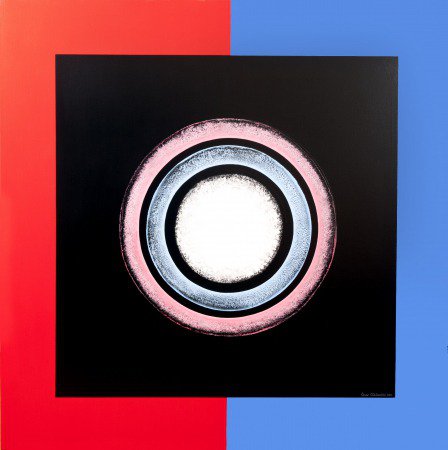 The Moscow Museum of Modern Art presents “Transformation of Light,” an exhibition of works by Omar Chkhaidze. More than 30 abstract works created by the artist in the last decade will be put on display in the MMOMA venue at Tverskoy Boulevard, 9. The main subject of Chkhaidze’s art is Light that connects the physical world and the metaphysical one.

Omar Chkhaidze, a painter from the so-called “1960s Generation,” graduated from the State Academy of Arts in Tbilisi. A future member of the Second Russian Avant-garde movement, Chkhaidze took up the non-figurative at the very start of his career. During his stint in the academy he would be labeled a “formalist and abstractionist” – an accusation that could have got him expelled from the institution at the time.

One can say that the name of this exhibition plays upon its meaning to some extent. The name refers to the transformation of light, which is conveyed by color, and the changes occurring to a color theme in Chkhaidze’s oeuvre. The name also has to do with the way the above theme is presented by the artist. Being stripped of its persistent forms, Chkhaidze’s light becomes pristine; it marks the idea of the eternal. Chkhaidze refrains from imposing or declaring anything. The meaning of his works is revealed as if it were made known beyond the artist’s will. The streams of light, the fading rays of it, and the bright color elements in Chkhaidze’s paintings are the embodiment of life; they are opposed to gloom, complete darkness.

In terms of technique, Chkhaidze’s works resemble both the Chinese ink painting and the fresco mural painting. The movements of his brush are precise to the utmost; the texture of his works is of the smoothest variety similar to that of enamel. The artist spent several years of his career developing his own mixed manner of painting. Chkhaidze paints by employing a few hundred transparent layers of acrylic paint, pigment and lacquer.

Omar Chkhaidze has focused his efforts exclusively on the the subject of Light in recent years. According to the artist, the quest enabled him to originate a new style in art – the “aesthetics of Light.”