Part 6 of the cooperation with the Goetz Collection investigates the relationship between the still and moving image. Carefully selected shots - often based on models in painting - are dominant in the films, videos and slide projections on display here. "Autocontruccion" is the term Abraham Cruzvillegas uses to describe his art, in this first major survey of his artistic career he combines sculptural language with natural materials and found objects. 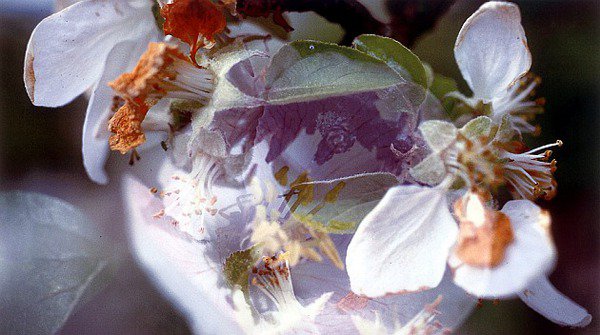 In 2011, after renovating its former air raid shelter, Haus der Kunst started a long-term cooperation with the Goetz Collection in which selections of videos and film installations from the collection are presented. In September 2013, Ingvild Goetz announced the donation of parts of her comprehensive collection which is unparalleled in both its quality and variety, to the State of Bavaria. The congenial partnership between Haus der Kunst and the Goetz Collection represents an outstanding base for deepening and expanding the existing cooperation.

Part 6 of the cooperation between Haus der Kunst and the Goetz Collection investigates the relationship between the still and moving image. Carefully selected shots - often based on models in painting - are dominant in the films, videos and slide projections on display here. The remarkable slowness with which the images in these works follow each other also draws attention to the aspects of subject and time.

A noteworthy role in the selection of works in "Images in Time" assumes the "tableau vivant" (French for "living picture"), or the reenactment of paintings and sculptures by real people. This practice of reducing a theater performance to a single image evolved in France in the mid-1800s. When video art of the 1990s revisited this format, the focus was on minimal movement, such as the inhaling and exhaling of performers, who, as living beings, could not remain motionless. In Sam Taylor-Wood's film "The Servant" (2007), a breath of air that ignites the flame of a cigarette lighter animates the static image. The minimal movement makes the passage of time perceptible, which distinguishes this film from a painting. Otherwise, the nearly four-minute film shows a single static image: A man on a dark street about to light a cigarette. He stands half turned away from a house window, out of which a woman gazes.

In his video "Moloch" (2007), Markus Selg forgoes plot, sound, and voice, thereby shifting attention entirely to the image. The stage-like picture shows an industrial plant and a Mexican stone sculpture with a gaping mouth. Change or movement occurs only through rising smoke and the setting's lighting. The set evokes the scene in Fritz Lang's expressionist silent film classic "Metropolis" (1927) in which a monster machine devours workers. Moloch is the biblical term for a sacrificial rite in which "children are offered to Moloch".

Trusting in the narrative power of images, Selg's "Storrada" (2011) - the second work with which he is represented in the exhibition - creates an action that is structured like a filmed series of paintings without need of dialogue. Sigrid Storråda ("The Proud"), a tenth-century Viking queen, refused to accept the Christian faith. Selg shows artist Habima Fuchs's depiction of Storråda as she leaves her community to find a new purpose in harmony with nature. "Storrada" is a parable about separation, parting, departure, and renewal. In expressive settings, both the external events as well as the inner transformation of the main character unfold.

Fischli & Weiss's "Blumenprojektion, Herbst" (Flower Projections, Autumn) is rooted in the genre of landscape painting and still life. Their double slide projection is located at the border to the cinematographic. During the projection of two superimposed slides, the observer's gaze wanders over opulent details. The slow transition from one slide to the next causes a rhythm that makes the passage of time perceptible.

Kathrin Sonntag's slide projection "Annex" also explores the still life genre. Each slide is composed around a picture from the auction catalogue "The Dr. Georg and Josi Guggenheim Foundation Collection". The catalogue illustrations are supplemented by carefully selected objects, which correspond to the color tones and formal elements in the presented artwork. Thus, a catalogue page about Mimmo Rotella is adorned with an airmail envelope and a piece of red and white striped wrapping paper; the same blue, red, and white dominate the entire arrangement. This composition principle, in which the artwork pictured is embedded in the context of a photographed still life, is only perceptible through its serial sequencing.

Seth Price opted for a clear conceptual approximation to the medium of painting. For his "'Painting' Sites" (2000-1), he entered the word "painting" into Altavista, an early Internet search engine. He then copied images from the websites on which the word appeared and saved them as a screenshot, finally compiling them into a slide show. The search retrieved everything imaginable - from masterpieces of painting to craftworks to kitsch hobby paintings. "'Painting' Sites" shows how much the nonhierarchical selection of images on the Internet differs from the art-historical canon of painting. The narrative of the accompanying tale presented in the Romantic style quickly becomes convoluted; still, the viewer involuntarily keeps trying to establish connections between image and text. In this way, two major cultural narratives, painting and fairy tales, are subject to reductio ad absurdum.

In her 16mm film, Yael Bartana revives Otto Dix's painting "War Cripples" (1920). The grotesque Dadaist depiction of war veterans was presented in 1937 in the vilifying exhibition "Degenerate Art" in Munich's Hofgarten gallery and is now considered lost. Dix's figures move like paper cuts through Bartana's animated film. In the gradual shift from close-ups to bird's-eye views, the figures seem to constantly multiply until they are finally just part of an ornamental pattern - lettering that spells out the work's title "Entartete Kunst lebt" (Degenerate Art Lives). At the same time, the level of noise increases - the squeaks of a wheelchair, the clatter of crutches - acoustically reinforcing the visual swelling into a mass. Bartana thus builds a bridge across time and demonstrates that, then as now, resilience is a genuine property of art.

The exhibition is curated by Patrizia Dander.

"Autocontrucción" (auto-construction) is the term Abraham Cruzvillegas (born 1968) uses to describe his art, the roots of which lie in the improvised construction methods and techniques of his native Mexico City. In this first major survey of his artistic career to be presented in Europe, Cruzvillegas combines his dynamic sculptural language with natural materials and found objects. He thus blurs the boundaries between art and craft and between industrial and manual production. For Cruzvillegas, the sculptural form is a process of change, action, solidarity, and transformation. Over the past decade, Cruzvillegas has created an impressive body of work that reflects his interest in the forms and matter surrounding Ajusco, a volcanic area south of the Mexican capital.

The exhibition, curated by Clara Kim, premiered at Walker Art Center in Minneapolis (March 23 – September 22, 2013), is the first major survey of his artistic career to be presented in Europe, and will be travelling to Jumex Foundation in Mexico City, and Museo Amparo, Puebla.

Major support for the exhibition is provided by the Andy Warhol Foundation for the Visual Arts. Additional support is generously provided by Nelly and Moisés Cosío Espinosa, the Rose Francis Foundation, Gabriela and Ramiro Garza, Eugenio Lopez, Leni and David Moore, Jr., Donna and Jim Pohlad, Mike and Elizabeth Sweeney, and Marge and Irv Weiser.