Kunath's first solo exhibition in France, A Plan to Follow Summer Around the World combines recent works along with new productions, in an environment specifically conceived for Credac's space. 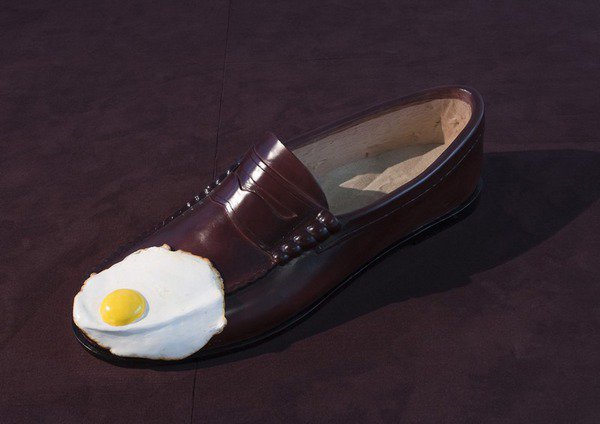 Friedrich Kunath’s first solo exhibition in France, A Plan to Follow Summer Around the World combines many recent works along with new productions, in an environment specifically conceived for Crédac’s space.

“Friedrich Kunath is not a painter. Nor is he a draftsman, sculptor, or filmmaker. He is all of these things at once. More specifically, he is an artist representative of his generation – one whose attitude, not to say aesthetic position, is one of flux. Contemporary flux, in which the perpetual motion of new technologies developing around us finds a number of forms of expression within his work. Recycling, collages, references, quotations – these are the tools with which he has chosen to construct his iconography while not letting himself be crushed by monolithic and dominant culture.

Kunath’s works form a fertile terrain uniting our era and the Middle Ages, the 18th century, the hippie period and 1970s Europe... and this creates surprising collages. (…) We know that globalization and new technologies changed the world and, of course, also art. Kunath’s horizons drew on this but his artistic education was built on classical foundations as in Caspar David Friedrich’s paintings, where man maintains a mystical relationship with nature. Kunath appears to us like a hyperrealist with a surrealist touch. A joker, he uses German Romanticism as a nod to his origins.

Amongst his beacons, he readily mentions Dutch conceptual artist Bas Jan Ader (lost at sea in 1975). According to Kunath, Ader put into place a new and momentous alternative: the alliance of conceptual art with a certain emotion. (…) On moving to Los Angeles, that city of the image, of fiction and fantasy, the iconography constructed by Kunath was electrified by its contact with Hollywood. His work is born of a collision between Albrecht Dürer’s famous painting Melancholia (1514) and the world of Walt Disney and is amplified in an encounter between Baron von Münchhausen and The Wizard of Oz.

Using various collisions, clashes, and stylistic crashes he puts into place an abundant iconography drawing on various sources, many of which are impacted by two poles – the culture of wisdom and popular culture – to the point of obsession and even, at times, systematization. Using the same strategies of superimposition and collage that feature in his pictorial works, he constructs a world on the basis of fragments from diverse repertoires – cinematic, televisual, literary and musical – to which he adds references to his own work whose lyricism combines past and present, happiness and melancholy.”