Fragments of Demand. The two Bulgarian artists offer a critical and corrosive analysis of social conventions but also of individual habits through a series of new works, containing a strong sense of absurd, an ability to use the space as well as a questioning, almost permanent of our time. 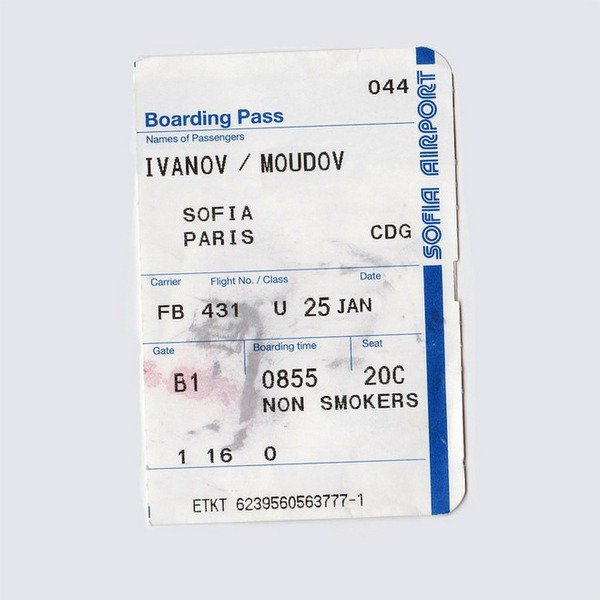 The Galerie Alberta Pane is pleased to present Pravdoliub Ivanov and Ivan Moudov, two Bulgarian artists, who are amongst the most active on the international art scene. This new exhibition offers a relational matching of the common features of their work : the sociological view of society, politics, irony, provocation and the distortion of sense.

The two artists offer a critical and corrosive analysis of social conventions but also of individual habits through a series of new works, containing a strong sense of absurd, an ability to use the space as well as a questioning, almost permanent of our time.

Ivan Moudov is known for his illegal artistic actions that confront — often with a sense of humour and mockery — the authority of social power and his appropriation of the authority of his artistic work. He is keen on infiltrating reality and the spaces that surround us in order to change them in a better way, searching the interaction with the public by proposing to them an alternative to the standard way of thinking, showing the ambiguity of the real and the inadequacy of our instruments of interpretation.

The research of Pravdoliub Ivanov diverts from traditional practice by focusing on the observation which takes precedence over the function and analyses the historical, psycological and political upheavals in our society. His work, through a particular and sophisticated aesthetic, deals with its attempt to affect collective memory and in particular to undermine the codes already established.

The two artists have already worked together in several exhibitions and represented Bulgaria (with artist Stefan Nikolaïev) at the 52nd Venice Biennale in 2007.

Graduated at the National School of Arts in Sofia in 1993 (and currently teaching there), Pravdoliub Ivanov is one of the founders of Contemporary Art Institute in Sofia. He has presented several solo exhibitions in art galleries (Sofia, Plovdiv, Warsaw) and in cultural Institutions in Switzerland and in New York. Particularly, he has also joined grand group shows : Fridericianum Museum, Kassel, Contemporary Art, Krakow, Poland, Who killed the Painting, Works from the bloch collection, Neues Museum Weserburg, Bremen , Germany, and in several Biennals : 4th Biennal pf Istambul ; Turkey ; Manifesta 4, Ljubljana, Slovenia, 14th Biennal of Sydney, Australia, 52nd Venice Biennal , Italy, 5th Biellal of Berlin, Germany. Some works of his are currently shown in two exhibitions in Austria and in Germany.

Ivan Moudov takes part in 2002 in Manifesta 4 in Frankfurt and has already widely exhibited his works in Europe and around the world. In 2005, he joined the first Moskow Biennal and in 2007 represented Bulgaria at the 52nd Venice Biennale. In 2010 the artist is present at the group show « Les Vigiles, les menteurs, les rêveurs » at Plateau-Frac Île-de-France as well as at the second international biennial on Antakya. In 2011, he presents a personal show, %, at W139 in Amsterdam and participates at the show « Site inspection -The Museum in the Museum» at the Museum of Contemporary Art in Budapest. In 2012 he presented his second exhibition in France, at the Galerie Alberta Pane. He currently exhibits at Mumok in Wien.