Anything is possible when everything is lost. Her artworks, performances, videos, and photographs reveal an Afghanistan's other realities. She seeks to capture life in this country, and how the people carry the wounds of the fighting. 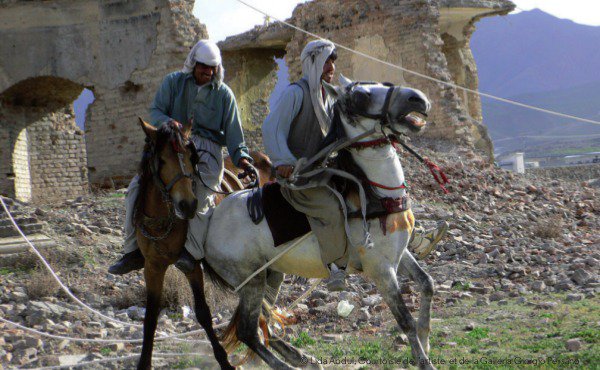 Born in Kabul and currently residing in Los Angeles, Lida Abdul is an Afghan artist who has created a unique body of work that systematically refers to the context of the war in Afghanistan. Her artworks, performances, videos, and photographs reveal this country's other realities. The images that we so often see of Afghanistan through the media are of war and soldiers. On the contrary, Lida Abdul seeks to capture life in this country, and how the people carry the wounds of the fighting, how human beings confront a terrible event without the necessary tools to comprehend what is happening.

Lida Abdul does not deliberately aim to depict pathos. No pain, no suffering—in her view, they would only establish an emotional link between the spectator and the work. She goes beyond the representation of hardship and chooses to focus on "unreal" actions: a young boy stares at the sky in a house that no longer has a roof, children pull a ruin with ropes. Indeed ruins tend to be a constant in the artist's work. Ruins in the literal sense, such as destroyed buildings, but also in the poetic sense.

Lida Abdul films or photographs her performances: these images become the relics of something that used to be important but no longer is. Rather like the destroyed buildings she likes to represent. Far from being simple objects of contemplation, these relics demand action: they need to be moved, to be painted. One can observe in Lida Abdul's work her fascination for documenting, in her own words, "that which remains, that which creates in the individual's mind a before and an after."