"What Is a Photograph?" explores the range of creative experimentation that has occurred in photography since the 1970s. "Capa in Color" features Robert Capa's color work for the first time. 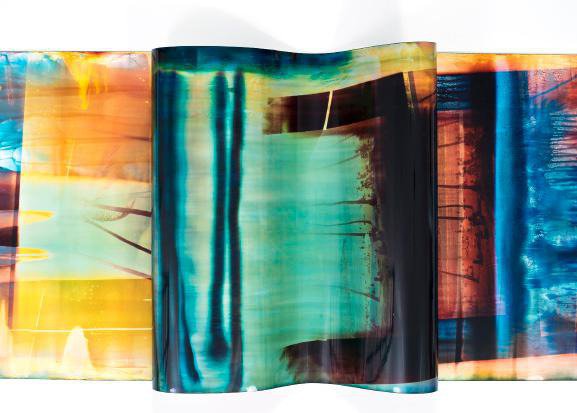 What Is a Photograph?

On view at the International Center of Photography from January 31 through May 4, 2014, What Is a Photograph? explores the range of creative experimentation that has occurred in photography since the 1970s.

This major exhibition brings together 21 emerging and established artists who have reconsidered and reinvented the role of light, color, composition, materiality, and the subject in the art of photography. In the process, they have also confronted an unexpected revolution in the medium with the rise of digital technology, which has resulted in imaginative reexaminations of the art of analog photography, the new world of digital images, and the hybrid creations of both systems as they come together.

“Artists around the globe have been experimenting with and redrawing the boundaries of traditional photography for decades,” said ICP Curator Carol Squiers, who organized the exhibit. “Although digital photography seems to have made analog obsolete, artists continue to make works that are photographic objects, using both old technologies and new, crisscrossing boundaries and blending techniques.” Among those included in the exhibition is Lucas Samaras, who adopted the newly developed Polaroid camera in the late 1960s and early 1970s and immediately began altering its instant prints, creating fantastical nude self-portraits. Another artist who turned to photography in the 1970s was Sigmar Polke. Although better known as a painter, Polke explored nontraditional ways of photographing and printing, manipulating both his film and prints in the darkroom and often drawing and painting on his images.

More recently, Liz Deschenes has used camera-less photography in a subtle investigation of nonrepresentational forms of expression and the outmoded technologies of photography. And, James Welling has created a heterogeneous body of work that explores optics, human perception, and a range of photographic genres both abstract and representational.

Organized by ICP Curator Cynthia Young, this exhibition will feature Robert Capa’s color work for the first time. Beginning in the late 1930s, Capa began experimenting with color film and used it regularly until his death in 1954. Some of these images were published in the magazines of the day, but the majority have never been seen or even printed. Posthumous exhibitions and publications have ignored Capa’s color photography and this aspect of his career has virtually been forgotten. The exhibition will present nearly 100 contemporary color prints by the famous photojournalist. It will also include contextual publications and personal papers to offer a fascinating new look on this master of photography. Capa in Color presents a pioneer of color photography, years before it was considered an acceptable medium for serious photographers.