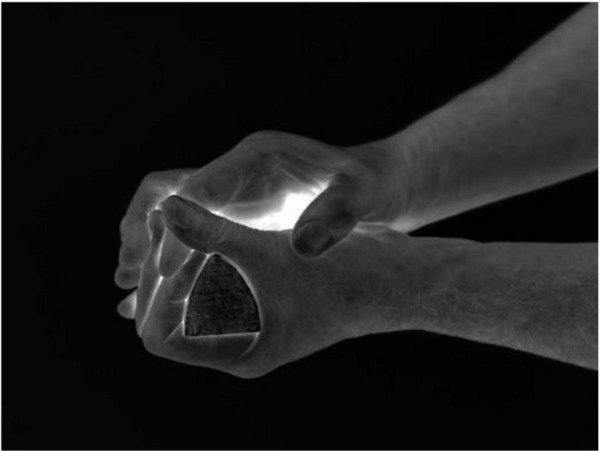 lens-based sculpture shifts the focus for the first time in an exhibition to the relations between photography and sculpture. The central question addressed is how modern sculpture detached itself from the millennial principle of statuary sculpture and evolved into a new artistic praxis. The photo camera serves as a primary tool for sculpture, as a sketchbook and facilitator for spatial and structural representation in mass and form.

The term lens-based sculpture, used for the first here, draws attention to the exhibition’s new vision of sculpture and art history of the 20th and 21st century.

The influence of photography, with its technical possibilities and its potential for perceiving the condition of space and objects, contributed immensely and will continue to contribute to the change in the aesthetic of sculpture.

A particular highlight of this exhibition is the reconstruction of Marcel Duchamp's "Porte Gradiva" (1937), which will be shown for the first time in its original form, as a doorway to be passed through. Further works by Umberto Boccioni and Raymond Duchamp-Villon mark the point of departure for lens-based sculpture. At the show’s core are works done since the 1960s, for example, by John Ahearn, John Chamberlain, Tony Cragg, Valie Export, Sabine Groß, Rebecca Horn, Martin Honert, Edmund Kuppel, Ana Mendieta, Ron Mueck, Bruce Nauman, Giuseppe Penone, Hermann Pitz, George Segal, Roman Signer, and Kiki Smith.

The sculptors Bogomir Ecker and Raimund Kummer are building the exhibition architecture, in which two studioli spaces are integrated. Similar to an archive, densely packed and equipped with multimedia, these spaces offer additional insights into the complex artistic research on the phenomenon of lens-based sculpture.

lens-based sculpture, a cooperation of the Akademie der Künste and the Kunstmuseum Liechtenstein, shows 200 works from over 70 international artists. The exhibition is curated by Bogomir Ecker, Raimund Kummer, Friedemann Malsch, and Herbert Molderings. In direct exchange, artists and art historians have together developed a unique juxtaposition of artistic positions in uncommon forms of presentation for this exhibition.

A German-English catalogue will be published with texts by Michel Frizot, Ursula Frohne, Friedemann Malsch, Herbert Molderings, Dietmar Rübel, and Annette Tietenberg, with a pictorial essay by Bogomir Ecker and Raimund Kummer.

Akademie der Künste
Hanseatenweg 10 | 10557 Berlin
Opening times:
Mon to Sun from 11 to 19 clock (and during events)
Exhibitions Tuesday to Sunday from 11-19 Clock
admission 6/4 Euro
free admission under 18 and Tuesdays from 3–7pm