Through 8 artists who work with photography, video and installation, the exhibition considers different views, different ways of approaching historical events from the present and the past. Most of these artists work with constructed images, i.e. they appeal to that 'making images', as pointed out by Hans Belting in his An Anthropology of Images. 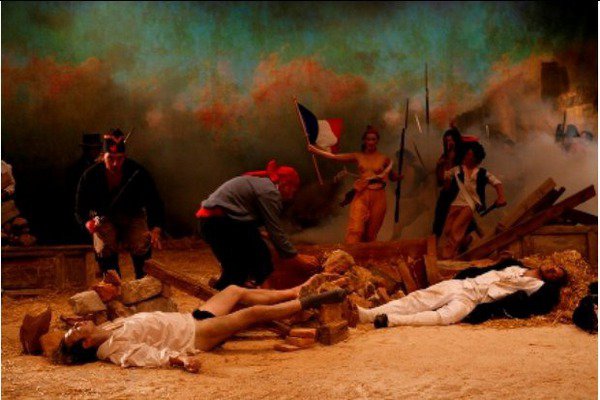 With the collaboration of Hôtel des Arts, Toulon

The exhibition ‘HISTORY, SEEN BY ARTISTS’, considers different views, different ways of approaching historical events through eight artists who work with photography, video and installation. Premiered at Hôtel des Arts, Toulon, France, by the end of 2013, the show arrives at MARCO Vigo to be exhibited until the end of May. Right after it will be shown at PHotoEspaña, Madrid, during June and July 2014.

Through eight artists who work with photography, video and installation, the exhibition titled HISTORY, SEEN BY ARTISTS considers different views, different ways of approaching historical events from the present and the past. All of them share the desire to reflect on said events but do so from different viewpoints that have more to do with that of artist than press or documentary photographer. Most of these artists work with constructed images, i.e. they appeal to that “making images”, as pointed out by Hans Belting in his An Anthropology of Images. Accordingly, they place the demonstrative or indicial character of the photographic medium in doubt.

We see that several of these authors are particularly sensitive to war conflicts that have marked the history of the 20th century, and other more recent conflicts. However, the approach to these conflicts is always made indirectly. Some even look at events that are happening today and do so without leaving their workshops. Their work is not and does not claim to be any kind of press or documentary documentation of events. Nevertheless, from that distant position, they offer other points of view, other ways of approaching and observing reality, looking at and representing the world at a time when old traditions and labels (report, documentary, photojournalism) are being constantly questioned, at a time when photography is no longer considered as the bearer of truth and, therefore, is susceptible to lies. At a time when the frontiers between reality and fiction are becoming more and more undefined.

Since the 1980s, many artists have used photography to subvert and reinvent war photography, entering into conflict with photojournalists and reporter-photographers, who see themselves as the real narrators of the conflicts since they hold the notion of authenticity as fundamental. But from the moment when the subjectiveness of documentary photography is confirmed, that snapped images are also arbitrary and subjective (since they depend on the author's position, on the decision about what to photograph or highlight and what not, as well as on his/her nationality or political ideology), that digital cameras, scanners and electronic retouch software at the beginning of the 1990s have undermined the ideological foundations of photography (truth and memory), the crisis of photography as a document of reality has continued to worsen. Working from a distance, these artists have touched a raw nerve of photography that saw itself as a faithful document of reality but which is susceptible to all forms of manipulation.

Other authors approach events we could refer to as the “small history”, that which, after questioning the great narratives, has also been considered as part of the many possible histories that make up reality. These authors approach events such as the riots that took place in France in 2005 following the death of two young African Moslems, which led hundreds of young people to fight against the police, the Mass celebrated by Pope John Paul II as part of the meeting for the creation of new cardinals, the terrorist attacks by the Basque organisation ETA, the trial of Milošević and the earthquake that devastated Haiti in 2010. Finally, there are artists who approach the history of universal suffrage or resort to a historical event that has already been represented and reinterpret it, creating a new narrative based on it, putting their finger on the tricks that history often plays on us.

These works ask us about the different ways of representing reality and showing the marks, wounds and scars left behind by history in a subtle and distant way in a world of upheaval where certainty has disappeared and the frontier between reality and fiction is becoming less and less defined.