Block Weissenhof. In his cycles of photographic subjects he was particularly interested in Bauhaus architecture and Italian rational and fascist architecture, independently of its historic connotations. 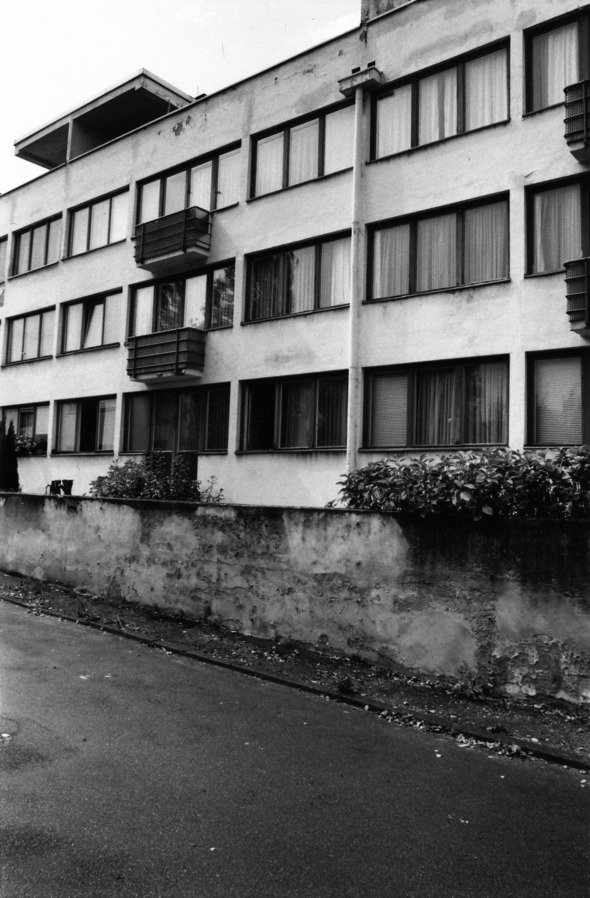 As Günther Förg passed away last December aged only 61, he left behind a large multidisciplinary body of work comprising painting, sculpture and photography.

In his cycles of photographic subjects Günther Förg was particularly interested in modern Bauhaus architecture and Italian rational and fascist architecture, quite independently of its historic connotations.

In the 1980’s Förg had several exhibitions in Stuttgart galleries, among them Achim Kubinski (1982 and 1986), Ursula Schurr (1983 and 1991) and Tanja Grunert (1984). In 1981, Förg - encouraged by Achim Kunbinski and Ralph Wernicke - made a group of photographs of the iconic 1927 Stuttgart architectural landmark the Weissenhofsiedlung settlement. The series of large photographs, which resulted from this exploratory work, was exhibited in 1994 at the Kunstmuseum Stuttgart, and subsequently acquired by the museum.

The 19 silver gelatine prints and 9 colour photographs on view in Block Weißenhof at the Galerie Reinhard Hauff are Güther Förg’s preparatory studies and working material from which the selection process for the final large size photographs now in the collection of the Kunstmuseum Stuttgart can be closely observed. The Galerie Reinhard Hauff is particularly grateful to the Kunstmuseum Stuttgart for the loan to this exhibition of two major works from the final large size series.

The pictures were taken before the landmark urban housing complex including apartment buildings by Mies van der Rohe, Le Corbusier, Hans Sharoun and Martin Gropius, was extensively restored. They document the ravages of time and wear on the buildings and neighbourhood streets and exert an indefinable aesthetic appeal.

At the end of the exhibition the entire cycle will be donated by a private collector to the archives of the Kunstmuseum Stuttgart, in memory of Günther Förg and the late Achim Kubinski – a fellow “multidisciplinary” personality who greatly influenced the Stuttgart art scene.