The Carnival Series. The show brings together a selection of work from past and present, including ten 'Mirage works' from the 1980s as well as a new series of collage works on paper and 'Light knots' which are presented here for the very first time. 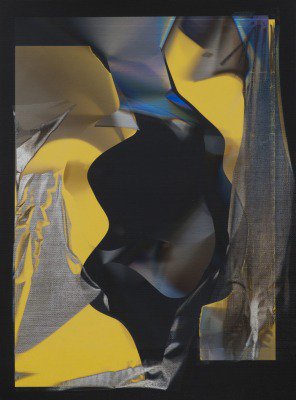 White Cube São Paolo is pleased to present an exhibition of painting and sculpture by American artist Larry Bell. ‘The Carnival Series’ brings together a selection of work from past and present, including ten ‘Mirage works’ from the 1980s as well as a new series of collage works on paper and ‘Light knots’ which are presented here for the very first time.

Bell began his career in the early 1960s when the American art scene was evolving away from Abstract Expressionism and Pop Art towards to Minimalism. Living on the West Coast Bell started out as a painter, but soon began making collages using glass and mirror, materials which he obtained from his daytime job at a frame shop. These assemblages led to a series of small ‘Shadow boxes’, sculptures which in turn evolved into the ‘Cube sculptures’. In making the partially reflective panes of these cubes, Bell discovered an industrial metallic coating process that could evenly powder a glass surface, a finish that could visually subvert a sculpture’s spatial volume and translucency. Bell pushed this technique one step further by acquiring his own vacuum deposition tank which enabled him to more harness and manipulate this fetishistic and inventive technique in his sculptures.

The ‘Mirage works’, created by layering found papers, films and applied acrylic paint, continue to play on themes of spatial ambiguity and illusion. Their form results not only from the interference of aluminium deposition on the surface of the materials but also on the further compression, absorption and adherence of the films to the canvas through a heated lamination process. This exhibition includes Spider Web(1988), the first ‘Mirage work’, as well as important subsequent works Second Chance (1988)and Leon (1988), and paintings such as Chequered Demon #193 (1990) and The Vertical Landscape #192 (1990), which further experiment with materials, paint gestures and a brighter palette, taking on a greater level of complexity.

A series of ‘Figure collages’ (2008-10) or ‘The Mardi Gras’ or ‘Carnival series’ as Bell refers to them, are his most colourful and celebratory collages to date. They continue his return to the classical female form, where the seated figure is presented in a boldly ‘Pop’ manner – which the artist describes as ‘Carnival’, hence the title of the show which takes place during Carnival.

In the most recent collages Bell draws on the language of Cubism with montages that use cut sinuous outlines that resemble a female figure or perhaps the inwardly curving shape of a guitar, poised between abstraction and figuration. Bell has repeated these forms in three graceful suspended ‘Light Knot’ sculptures, cut from Mylar, a polyester film, coated on both sides to create a dark reflective surface. Bell then twists and ties the film into a knot, creating a multi-dimensional kinetic form that constantly reflects and refracts the ever-changing natural light in the surrounding space.