Master of Imagination. Presenting one of the most prodigious artists of the 19th century. He applied his immense talent to different genres, from satire to history painting, delivering in turn, enormous canvases and more intimate paintings, flamboyant watercolours, virtuoso washes, incisive pen and ink drawings, engravings, fanciful illustrations. 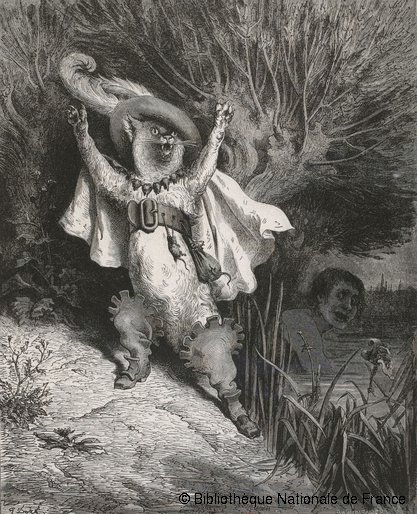 Gustave Doré suffered rejection at the hands of the critics of his day, just like his exact contemporary Edouard Manet. Whereas Manet became the hero of the modern age, Doré has remained for many the most renowned of illustrators, and some of his illustrations for the Bible or Dante's Inferno dare permanently etched in the collective consciousness.
His work was disseminated to an unprecedented degree in Europe and the United States, both during his lifetime and posthumously, and he was one of the great purveyors of European culture with his illustrations for major classics (Dante, Rabelais, Cervantes, La Fontaine, Milton, etc.) as well as works by his contemporaries (Balzac, Gautier, Poe, Coleridge, Tennyson, etc.). There seemed to be no limits to Doré's creative talents; a draughtsman, caricaturist, illustrator, watercolourist, painter and sculptor, he was a protean artist who worked in the main genres and formats of his era, ranging from satire to religion, and from sketches to monumental canvases.

He not only occupies a central position in the visual culture of the 19th century, but also made his mark on the 20th and early 21st century imagination, both in the comic strip medium - of which he is considered a founding father - and on the silver screen. Whatever his chosen technique, Doré stands alone among the artists of his century in revealing the rich and lively spectacle of the poetic worlds of his imagination through the prism of his "visionary eye", as if he were constantly seeking new boundaries to push back.

The Artist and Bohemians
Bohemians, travelling acrobats and fortune-tellers frequently feature in his graphic, painted and sculpted works. Doré shared a genuine interest in fairgrounds with his contemporary Daumier. An accomplished acrobat, he occasionally dressed up as a Pierrot for fancy-dress parties and biographical accounts and caricatures alike often depict the artist as an outgoing character.

Doré clearly cultivated this image of himself as an entertainer which would be to his detriment, since his agility, virtuosity, deftness and versatility were viewed with distrust by the art world in the period 1860-1870. Furthermore, his iconography of entertainers was undoubtedly related to his feeling of exclusion from the world of official painting.

In partnership with the Bibliothèque Nationale de France

The exhibition will also be shown at the National Gallery of Canada, Ottawa, 12 June - 14 September 2014