Another London / Women are Beautiful / Garry Winogrand. Photographs, drawings and photomontages. An exhibition presented by Tate, comprising works by classic international photographers of non-British origin, brings a view of London "from outside". Pictures of beautiful women posing on the streets, taken from the Garrido collection and a series of photomontages, along with drawings and photographs by the german artist Garry Winogrand. 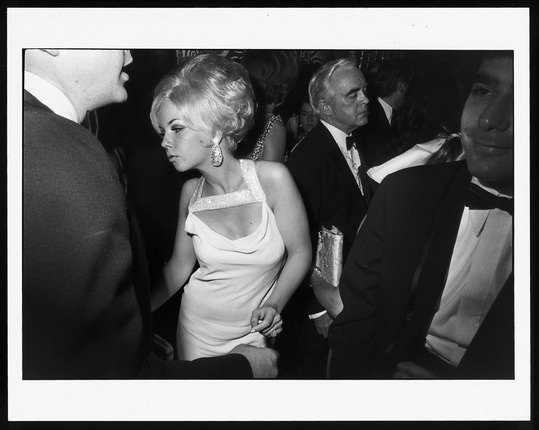 The ‘Another London’ exhibition presented by Tate (London) comprises works by classic international photographers of non-British origin, bringing a view of London ‘from outside’. Jacques Henri Lartigue, Henri Cartier-Bresson, Martine Franck, Robert Frank, Dora Maar, Emil Hoppé, Elliot Erwitt, Bill Brandt, Irving Penn, Marc Riboud, Wolfgang Suschitzky — masterpieces by these and many other photographers included in the exhibition were recently shown to great acclaim at Tate and donated to the museum by Louise and Eric Franck.

Winogrand grew up in the then predominantly Jewish working-class area of the Bronx, New York, where his father, Abraham, was a leather worker, and his mother, Bertha, made neckties for piecemeal work. Winogrand studied painting at City College of New York and painting and photography at Columbia University in New York City in 1948. He also attended a photojournalism class taught by Alexey Brodovich at The New School for Social Research in New York City in 1951. In the early 1960s Winogrand photographed on the streets of New York City alongside Joel Meyerowitz, Lee Friedlander, Tod Papageorge and Diane Arbus. In 1955 two of Winogrand's photos appeared in The Family of Man exhibition at the Museum of Modern Art (MoMA), New York. Winogrand's first one-man show was held at Image Gallery in New York City in 1959. His first notable appearance was in Five Unrelated Photographers in 1963, also at MoMA in New York City, along with Minor White, George Krause, Jerome Liebling and Ken Heyman. In 1966 Winogrand exhibited at the George Eastman House in Rochester, New York with Lee Friedlander, Duane Michals, Bruce Davidson, and Danny Lyon in an exhibition entitled Toward a Social Landscape. In 1967 he participated in the New Documents show at MoMA in New York City with Diane Arbus and Lee Friedlander, curated by John Szarkowski. John Szarkowski, the Director of Photography at New York's Museum of Modern Art, became an editor and reviewer of Winogrand's work. Szarkowski called him the central photographer of his generation. In 1964 Winogrand was awarded a Guggenheim Fellowship Award to travel through America. Some of the results of this work were shown in the New Documents exhibition. He was awarded his second Guggenheim Fellowship in 1969 to continue exploring media events and their effect on the public. Between 1969 and 1976 Winogrand shot about 700 rolls of film at public events, producing 6,500 eleven by fourteen inch prints for Tod Papageorge to select for the exhibition and book Public Relations. Winogrand received a National Endowment for the Arts Fellowship in 1975. In 1979 with his third Guggenheim Fellowship he moved to Los Angeles to document California. While in LA he developed 8522 rolls of film. Winogrand worked as a commercial photographer between 1952 and 1954 at the Pix Photo Agency in Manhattan and from 1954 at Brackman Associates. Between 1971 and 1972 Winogrand taught photography at the Institute of Design, Illinois Institute of Technology in Chicago and between 1973 and 1978 at the University of Texas in Austin.

Erwin Blumenfeld (1897–1969) was a photographer and artist born in Germany. He was best known for his fashion photography published in Vogue and Harper's Bazaar in the 1940s and 1950s. In addition to fashion photography, he produced an extensive body of celebrity portraiture, fine-art photography (including black and white nudes), drawings, and Dada collages. He made photographs while a resident of Germany, the Netherlands, France, and the United States, and has been called "one of the most innovative and influential photographers of the 20th century." Blumenfeld was born 26 January 1897 in Berlin. He was of Jewish descent.