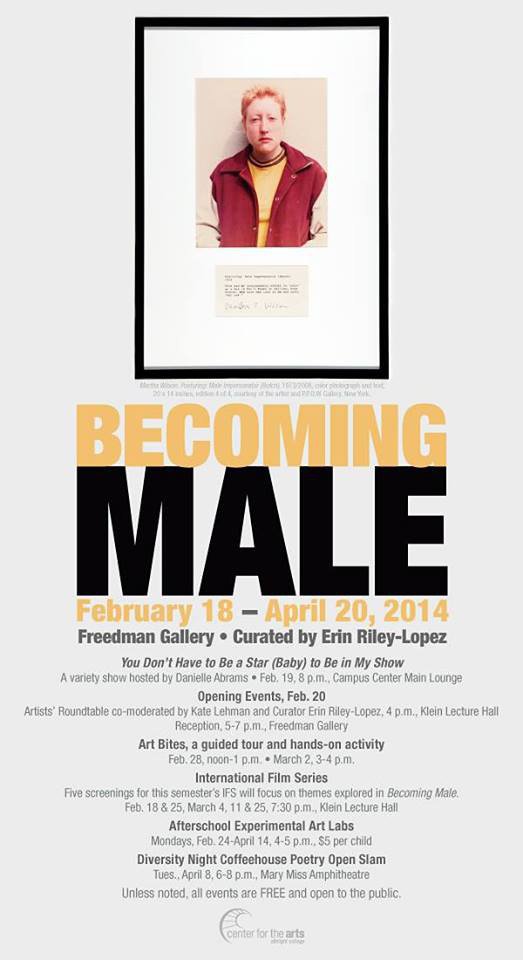 Exhibition focuses on the production of artwork by women artists who use the mediums of video, photography and performance to transform themselves into a male persona. Using the 1970s as a starting point, the exhibit charts a history of this work and explore the way gender is conceived of and constructed, concentrating on themes of identity, self-portraiture, passing and drag, among others. Artists include Danielle Abrams, Shannon Plumb, Eleanor Antin, Ana Mendieta, Adrian Piper, Shannon Plumb, Karina Aguilera Skvirsky and Martha Wilson. On view in the Project Space as a complement to the show: Like Other Girls Do, a film by Melissa Potter about the last surviving member of a Montenegrin tradition in which a girl is brought up as a boy in a household with no male heirs. Thursday, february 20 4pm: Artists' Roundtable co-moderated by Kate Lehman and Erin Riley-Lopez.