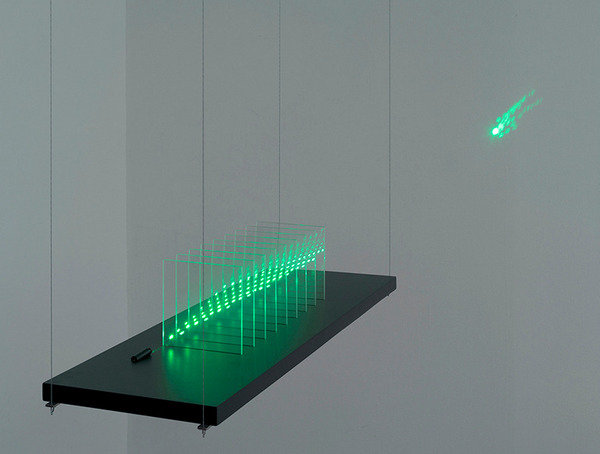 Featured in the 2002 Whitney biennial, the Austrian artist is best known for his immersive and architecturally scaled light installations. He has built dozens of site-specific projects, and among the most monumental is Fetch, a computer-controlled 580-foot-long outdoor LED installation created in 2010 for the Wexner Center for the Arts in Ohio. The exhibition InMotion features Redl's debut of four groups of minimalist and kinetic sculptures that study the influence of ephemeral forces such as light, wind and gravity on objects. Levitate fills an entire wall with 31 vertically suspended glass pipes. Each pipe has a small fan on the bottom, which propels a Ping-Pong ball up into the pipe. All 31 synchronized fans levitate the Ping-Pong balls in tightly choreographed sequences. Opening Reception: Thursday, Feb 6 6-8:30 PM.