Jansa's project turns around the traditional logic of representation. Artists and art professionals assume responsibility for their work, from production to sale for the Made in China Project. Nancy Spero artist's figurative art provides an insight into a part of her creative body of work spanning from the 80s to the beginning of the new millennium. 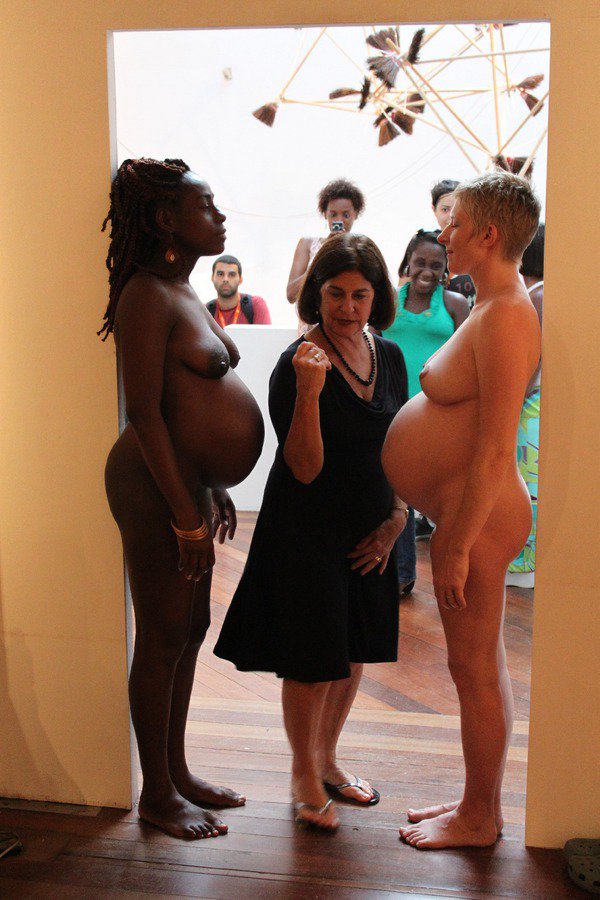 Conceptual artist Janez Janša started developing the Life [in Progress] project in 2008.
It consists of written, photographic and graphic instructions that encourage the audience to actively participate and interact with the artwork. Some instructions are translations and transfers of famous artworks from the 20th century into brief instructions for performances that can happen in everyday life. Even though they seem ironic, playful and even humorous, in their actual implementation, they potentially also raise discomfort, shame and vulnerability or are even in conflict with the law. According to the artist, the project turns around the traditional logic of representation: it is not art that represents life, it is rather life that follows the artistic scenario.

Past performances of the project had an emphasis on performativity and audience participation, whereas this presentation at MGLC has been adapted to the exhibition format. The main focus of the show is the extensive photographic project spanning over a five-year period, which follows a group of women (artists) through their pregnancies into motherhood. It is a series of staged monumental photographs, produced following the instructions of the infamous performance Imponderabilia by Marina Abramović and Ulay in 1977, in which visitors to the gallery had to squeeze between the two artists’ naked bodies. In Janša’s treatment, Imponderabilia is handled as a quotation from which a different work develops that establishes certain key differences of meaning and message in its implementation and implication. In contrast to the seriousness of the original, the full-figure colour images of pregnant women, nursing mothers and children arouse pleasant feelings and empathy.

The interest for historical performance as well as its re-enactment and interpretation is a very widespread occurrence within contemporary art, which is part of the general trend of exploring and revitalizing the non-institutional art and culture of the 1960s and 1970s. Theoreticians construe this interest as a need to revitalize the advanced ideas of this freethinking period since these have merely remained utopias or have in some way or another transformed themselves into commodities, or else, have become threatened again after having been socially accepted.

Lectures delivered by Aldo Milohnić, Bojana Kunst and Mladen Dolar will accompany the exhibition.
Janez Janša is an author, director, performer, editor and researcher of contemporary art. He has created over twenty original independent theatre pieces including Miss Mobile, We Are All Marlene Dietrich FOR, Pupilija, papa Pupilo and the Pupilceks – Recontruction, Slovenian National Theatre and Who’s next?, which have won him national and international awards. He makes interdisciplinary and visual works, which include FWC (The First World Camp) Triglav on Triglav and NAME Readymade (in collaboration with Janez Janša and Janez Janša). His artistic work is characterized by social criticism, interdisciplinary approaches and the questioning of the position of art within society. He is also the director of Maska, a non-profit organization for publishing, production, education and research.

The project was supported by: Ministry of Culture and Sport of the Republic of Slovenia, Municipality of Ljubljana and the European Union as part of the EACEA (TIMEeSCAPES programme; Working with – In Time).

Made in China Project

The Made In China project will now be hosted for several months in an art institution that supports the initiatives for greater empowerment of artists and art professionals in the production of art, its presentation, distribution and sales.
The multiples from the Made In China production line, which are individual pieces or the derivatives of bigger gallery projects produced by Slovenian artists, will be on display and available to purchase at the International Centre of Graphic Arts.
The following are taking part in the project: Jože Barši, Viktor Bernik, Lada Cerar, Ksenija Čerče, Vuk Ćosić, Boštjan Drinovec, Vadim Fiškin, Ištvan Išt Huzjan, Janez Janša, Janez Janša, Janez Janša, Žiga Kariž, Alen Ožbolt, Arjan Pregl, Sašo Sedlaček, Sonda, Veli & Amos, Matej Andraž Vogrinčič, Sašo Vrabič, Laibach and designer Vasja Cenčič.

Made In China is a project in which artists and art professionals assume responsibility for their work, from production to presentation and sale.
The International Centre of Graphic Arts in Ljubljana serves the project as an exhibition venue for the currently available production of Made In China – a place of occasional events related to the project and a place where affordable purchases can be made, through which the visitor can become the owner of original art pieces, hence contributing to the development of the project and the visual arts.
The Made In China multiples are both commodity and artwork, whose goal it is to find the path of art to the audience. This is why the project strives to not negate that which it is – an art project – and that which it wishes to become – the beloved object of adoration on the consumer’s shelf.

More about the project: http://madeinchina-project.org/

The project was made possible by the Municipality of Ljubljana.

“I decided to view women and men by representing women, not just to reverse conventional history, but to see what it means to view the world through the depiction of women.”
Nancy Sperov
The figurative art of Nancy Spero (1926–2009), American artist, activist and pioneer of feminist art, is defined by the reality of political violence. The exhibition, whose core is made up of the artist’s prints from the Collection of the International Centre of Graphic Arts, provides an insight into a part of her creative body of work spanning from the eighties to the beginning of the new millennium. The artist used experimental and ephemeral printmaking techniques to express herself. Her complex works establish a relationship between the image of the body, the societal context and the collective identity, exploring the historical role and position of women, whilst tying war, violence, victims as well as the ecstatic celebration of the cycle of life into a timeless chronicle. The art of Nancy Spero challenges the dogmatic, it is the antithesis of the hierarchical and calls for a balanced society.

Nancy Spero was an American artist, feminist and activist, who was born in 1926 in Cleveland in Ohio, and died in 2009 at the age of 83 in New York. Between 1949 and 1950 she studied at the School of the Art Institute of Chicago as well as at the École des Beaux-Arts and the Atelier André L'Hote in Paris. Already as a young artist, she rejected the dominant American abstract expressionism and pop art, becoming an active campaigner for the rights of women and particularly women artists in America. She was part of the Art Workers Coalition (AWC), joined the Women Artists and Revolution (WAR) group that organized protests against the sexist and racist policies of the New York museums at the end of the sixties and, together with others, established A.I.R., the first women’s gallery in New York in 1972. During her life, Nancy Spero held more than one hundred solo exhibitions and participated in twice as many group and thematic shows. Her works are included in the collections of many prominent museums and galleries, universities and other institutions around the world.