Art and Culture in Times of Conflict. The project offers a unique perspective on the impact of war on art. Old masters and contemporary artists engage in dialogue with each other in a journey to destroyed cities, ruins, iconoclasm, art theft and propaganda. From the 15th century until today. 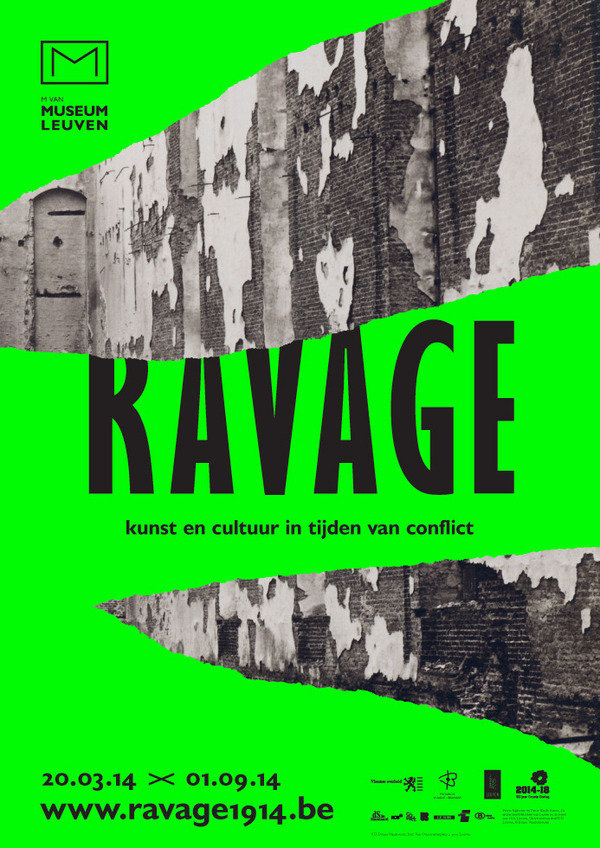 From 20 March 2014 until 1 September 2014, M – Museum Leuven is hosting an exhibition on the destruction of art and culture in times of conflict. We are confronted every day with the reality of how vulnerable culture is in conflict. This relevant theme has a long tradition. We will show how artists throughout the ages have been inspired by the theme. Crimes against culture have been depicted in art for centuries. The history of art features examples of classical and popular art, both in realistic and symbolic representations. Reflections and interventions by contemporary artists will therefore be juxtaposed with artworks from the past. The works of classical masters and contemporary artists will engage in dialogue in the exhibition spaces at M.

Leuven burns: the occasion and starting point of the exhibition
In August 1914, Leuven was occupied by German troops. In retaliation for alleged attacks by snipers, the occupiers inflicted severe reprisals. Citizens were herded together, shot or transported to Germany. Saint Peter’s Church, the University Halls, which housed the famous university library, a number of the ancient colleges and public buildings and all their contents were burned. The burning of Leuven University Library caused of a wave of disbelief and outrage across the world and proved that the terrors of war are not only directed at civilians or soldiers, but also at culture and the arts. It is one of the most famous examples of the destruction of culture and intellectual heritage, but a mere echo of a far broader history. This exhibition marks the centenary of the outbreak of the First World War.

Of all ages
The destruction of culture was an inspiration to artists long before the First World War, and has continued to be so since. Themes such as the devastation of cities, destruction of monuments, art theft and propaganda have featured in artworks for centuries. In the exhibition, you will discover examples by artists from between the 15th and 21st centuries. This creates an interesting dynamic between the past and the present, in a great diversity of media. Ravaged presents painting, tapestry, photography, video, graphic works and monumental installation, made specifically for the exhibition rooms at M.

Contemporary art in dialogue with old masters
The work of old masters such as Henri met de Bles, Michael Sweerts, Pietro da Cortona and William Turner will be displayed beside works by modernists like Floris Jespers and contemporary productions, such as Mona Hatoum’s installation Bunker (2011), for example, a group of steel constructions that look like damaged and burned modernist buildings, which refer to post-war Beirut. You will also see work by Adel Abdessemed, Lamia Joreige, Cai Guo-Qiang, Mona Vatamanu & Florin Tudor, Lida Abdul and Michael Rakowitz, as well as new creations by Sven Augustijnen and Fernando Bryce.

M will also be exhibiting numerous loans from international collections (including the National Gallery London, Rijksmuseum, Carnavalet, Imperial War Museum). A number of works, such as the tapestry by Floris Jespers, are being shipped back to Belgium for the first time especially for the exhibit.