New Romanian Art. A fairly clear picture of the current practices, the works are characterized by a strong conceptual basis, and each of the artists deconstructs the ideas and phenomena that interest them. A separate project "Almoskonyv" will be shown, the curator is artist Victor Man, it unites artists from different generations. 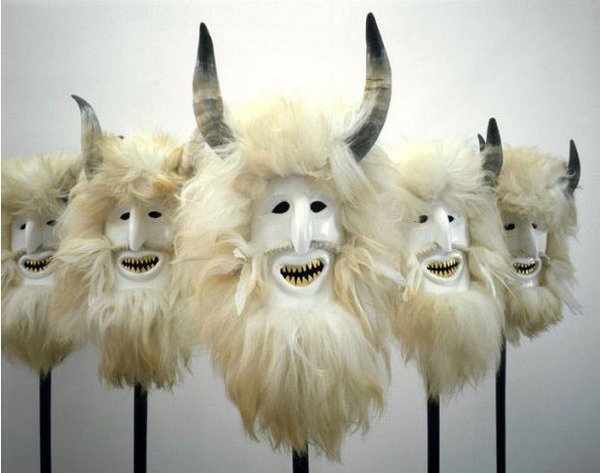 An exhibition "A few grams of red, yellow, blue. New Romanian Art." with a comprehensive presentation of the latest works from Romanian artists of the younger generation, whom since the mid-2000s have begun to manifest their presence in the art scene, locally as well as on an international scale. This thirty-something generation grew up under communism, witnessed the breakdown and collapse of the system, coupled with experiencing the violent invasion of consumer culture in an indigenous society. Consequently, it is through this peerless perspective that the artist’s formulate their thoughts and comments on the observed changes.

These artists mainly originate from two centres, Bucharest and Cluj, although in contrast, some of them have been living outside of the country for some time. The exhibition’s leading theme is artistic reflection on contemporary Romania, its present - closely linked to recent history - as well as building its identity, both the individual and collective. These themes are evident in the works of young Romanian artists on various levels of critical discourse: relationship to the past, artistic tradition, or undertaking current social problems. The works are characterized by a strong conceptual basis, and each of the artists, in their own way, deconstructs the ideas and phenomena that interest them. Their works combine the authenticity of artistic decisions with the conscious use of selected media, such as painting, video, sculpture, performance, and installation. The Romanian contemporary art scene is not homogeneous, instead, occurring parallel to one another are the many trends and references to different traditions in it. However, this exhibition depicts a fairly clear picture of the current Romanian artistic practices.

A separate project "Álmoskönyv" will be shown within the frames of the main exhibition, whose curator is artist Victor Man. In a distinctively arranged gallery space, Victor Man unites artists from different generations and ushers in a accent with the use of a film from the Hungarian director, taking into account the complex relationships in the perspective of multiculturalism that is characteristic to this region of Europe.

Wine for the vernissage has been sponsored by: Vinarte

Opening of the exhibition: March 10, 2014 at 6 p.m.
Performance opening the exhibition: Alex Mirutziu in collaboration with Elias Merino "Scotopolitic Objects #2 for five performers and electroacoustic impromptu" and a concert by Karpov not Kasparov