In the four chapters 'Plants', 'Animals', 'Humans' and 'Data' Yann Mingard photographs accentuate a dark side to the scientific progres. "Surfaces-New Photography from Switzerland" demonstrates how works in collections are updated and transformed in close collaboration with artists, even after entering the museum context. The works by Iren Stehli provide great insight into the atmosphere in Czech society during the period of Real Socialism and the years of the velvet revolution after 1989. 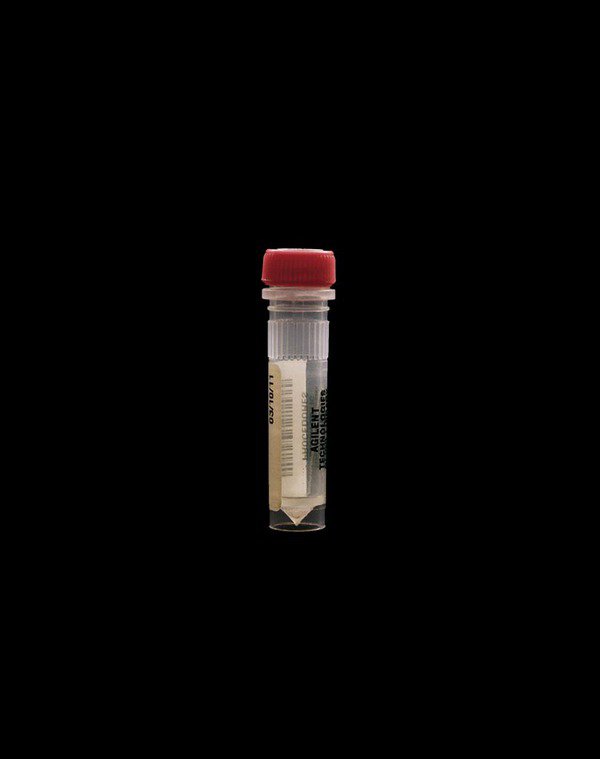 How does our secular society manage its heritage and, with that, its future? By collecting and archiving data with near-religious zeal: human DNA in the form of slivers of umbilical cord, dental samples and sperm, DNA of animals already extinct in the wild, the seeds of all manner of (agricultural) plants. And, of course, vast quantities of digital data that we leave behind on the big data pathways of the Internet, credit card statements and official registers. From 2009 to 2013, Swiss photographer Yann Mingard (*1973) documented this avid pursuit of collection and storage in images that raise many of the unasked but pressing questions of our time. Do propagation technologies transform the human prosthetic God into a veritable demiurge? What is the significance of a diversity of plant and animal species that exist only as rare individual specimens in laboratories, zoos and botanical seedbanks? Will the age-old fantasy of eternal life one day become a real biological and medical possibility? Yann Mingard pictures this dizzying array of issues in strikingly dark photographs in which medical instruments, data servers, human, animal and plant samples, the interiors and (very rarely) exteriors of laboratories and archives can often be discerned only on closer inspection. In the four chapters ”Plants”, ”Animals”, ”Humans” and ”Data” Mingards photographs accentuate a dark side to the scientific progress by which humankind has continued to tame and harness the forces of nature and subjugate them to our own analyses and power structures. Deposit asks us to confront and ponder these realities.

A Co-operation with the Museum Folkwang, Essen, FotoMuseum Antwerpen, and GwinZegal, Guingamp.

Main sponsor of the exhibition: Swiss Re

Further generous support from the Alexander Tutsek-Stiftung, the Migros-Kulturprozent and the Swiss Arts Council Pro Helvetia.

One element of contemporary photography is a concern for surfaces and the investigation of their supposed smoothness and impenetrability. Swiss photography classes at the Zurich University of the Arts, the ECAL in Lausanne, and HEAD in Geneva have trained a number of artists who, in addition to exploring questions of content, have primarily addressed issues specific to the medium. Have new developments in photography been made due to the digital turn? How is our relationship to the tangible exhibition object changing, when photographs are no longer shown in photo albums but as files on screens? What happens in terms of perspective, when a continuous number of new applications and platforms allow the private to become public and the public to become private? Are surfaces the true content of our time? And from the standpoint of art, what kinds of conclusions can be drawn for the current and future production of works of photography? Including purchases and gifts to the collection of the Fotomuseum Winterthur, Surfaces – New Photography from Switzerland demonstrates how works in collections are updated and transformed in close collaboration with artists, even after entering the museum context. These fluid forms of a work allow it to exist in multiples states and gives rise to new discursive interpretations.

We would like to thank the main sponsor of the exhibition: the George Foundation and for further support the Ernst Göhner Stiftung and Ringier AG.

Iren Stehli (born 1953) established her reputation with photographic essays from the Czech Republic. Over a period of decades she accompanied Libuna, a Roma woman living in Prague, through the ups and downs of life. The result is a unique long-term study during which the photographer not only maintained the stance of an objective observer, but also became a friend and confidante. In addition to that “work of a lifetime”, Iren Stehli has undertaken many other projects since 1974. These are all characterised by a very special blend of fascination and empathy. Her photographs sensitively capture the way people master everyday life and moments of political turmoil, how they live and socialise, how they share joy and sadness, or overcome loneliness. The exhibition at the Fotostiftung Schweiz is the first survey of the oeuvre of this photographer, who was born in Switzerland and lives in Prague.

The different facets of Iren Stehli’s photographic language are most clearly expressed in the work “Libuna”, which was also published in book form by Scalo Verlag, Zurich, in 2004. Although this work comes close to reportage, the images engage more with inner atmospherics and sensitive portraiture than with objective information or outside action. The dynamics of the compact narrative and the drama of the skilful composition almost make one overlook that the essence of this life story is borne along by the peaceful photographs: images in which the main theme is the rooms themselves or individual objects – a wall decoration, clothes lying on the floor, a tablecloth or an indoor plant. Iren Stehli’s sense for the poetry of everyday life and her keen interest in minimalist composition combine to form an aesthetic scaffold, so to speak, by means of which she constructs her visual status reports.

Static shots and what are in fact still lifes also play a pivotal role in other works by this photographer. Indeed it is these photographs that indicate the extent to which her work is in the tradition of Czech photography, first and foremost that of Josef Sudek. Stehli’s photographs challenge viewers to get involved in their particular symbolism, their apparent emptiness, their compositional precision and brittle realism. On closer inspection, chasms reveal themselves behind the visible surface, so that following the tracks becomes an adventurous exploration closely linked with people present or absent. Stehli’s works superimpose aesthetic interest and sociological research, a clear preference for a reduced formal idiom and the psychologically- tinted milieu study. Yet the main point is always people, and the photographer adheres consistently to a humanistic tradition that is guided by respect for others. Even in the most relentlessly sober observations of reality there is a sense of genuine interest in the other person – a subjective concern accompanied by a fine sense both for humour and for the absurd.

The exhibition “So Near, Yet So Far” reveals the consistency with which Iren Stehli has pursued her path since the 1970s. The survey it presents highlights just how closely linked the different work groups are – be that narrative projects like “Slama, the tailor”, conceptual series about streets and facades, the “Czech Look” in display windows in Prague or the poetic concentration of everyday situations. The exhibition at the Fotostiftung Schweiz invites viewers to discover not just the exemplary long-term study “Libuna”, but other lesser known works by Iren Stehli as well. Seen together, these works provide great insight into the atmosphere in Czech society during the period of Real Socialism and the years of the velvet revolution after 1989. They evoke a chapter in recent history which still seems so near and yet already so very far away. Peter Pfrunder curated the exhibition in collaboration with Iren Stehli.

With the generous support of the Federal Office of Culture and Migros-Kulturprozent.

Image: Yann Mingard
EBI, The European Bioinformatics Institute, near Cambridge, United Kingdom, 2013 This seemingly empty test-tube contains Shakespeare’s sonnets, a short audio passage of a Martin Luther King speech, a jpeg photo and a copy of an article from 1953 by Crick and Watson describing the structure of DNA. This information is encoded and stored in synthesised DNA form.
Inkjet print, 42 x 33.2 cm
© Yann Mingard