Kazimir Malevich and the Russian Avant-Garde

A selections from the Khardzhiev and Costakis Collections. Paintings, prints and sculptures totalling more than 300 works of the Russian Suprematist. In addition works of his contemporaries, such as El Lissitzky, Mikhail Larionov, Ilya Tchachnik, Gustav Klutsis, Mikhail Matyushin and Olga Rosanova, among others. 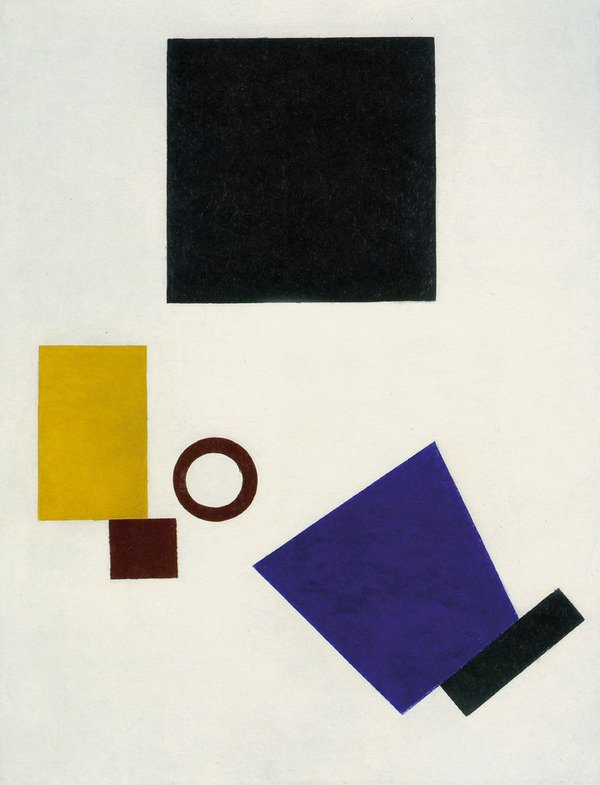 Kazimir Malevich (1879–1935) is one of the most influential artists of the twentieth century. Presenting a wide selection of paintings, prints and sculptures totalling more than 300 works, the Bundeskunsthalle presents the largest survey in twenty years devoted to the work of the Russian avant-garde pioneer. The exhibition sheds light on all key phases of Malevich’s career and conveys the diversity of his oeuvre.

In the West, the painter and theoretician is best known as the originator of Suprematism, an art movement based on pure, non-objective abstraction. But his artistic oeuvre developed in the tension between Abstraction and Figuration: In exploration with Impressionism, Symbolism, Fauvism and Cubism, he came to a unique Suprematistic aesthetic and theory. In his later works figurative motifs are juxtaposed with more Suprematist, non-objective aspects. The suprematistic influence remains distinctly visible also in the late works. His picture language also developed in an active discussion of the ancient Russian icon painting and traditional folk art. In addition, the exhibition faces Malevich‘s work selectively with works of his contemporaries, such as El Lissitzky, Mikhail Larionov, Ilya Tchachnik, Gustav Klutsis, Mikhail Matyushin and Olga Rosanova, among others.

Rein Wolfs, director of the Art and Exhibition Hall of the Federal Republic of Germany, explains the significance of this exhibition as follows: "In this retrospective exhibition, the special focus on his late work takes Malevich’s radical development towards Suprematism a step further. The outstanding loans from St. Petersburg are proof that non-figurative pictorial elements also play an important role in the artist’s figurative late work. Even in retrospect, these insights modify the notion of a purely abstract Suprematist period. The three Old Russian icons in the show underline Malevich’s intermediate position in the contrasting realm between realism and abstraction."

Kazimir Malevich and the Russian Avant-Garde is the first retrospective to present large groups of works from the collections put together by Nikolai Khardzhiev and George Costakis, housed today at the Khardzhiev Foundation, Amsterdam and the Greek State Museum of Contemporary Art, Thessaloniki, combined with works of numerous other international lenders.

Organised by Art and Exhibition Hall of the Federal Republic of Germany, Bonn, in collaboration with the Stedelijk Museum Amsterdam and Tate Modern, London