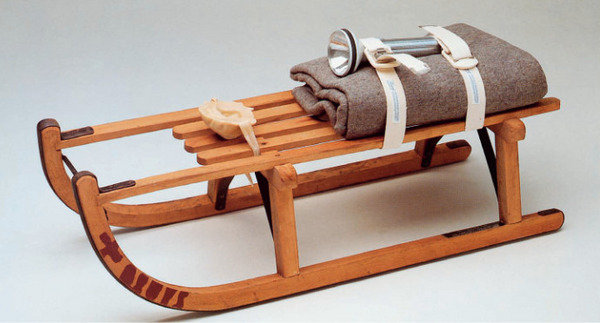 Titled Joseph Beuys. Works 1955–1985, this retrospective exhibition of German artist Joseph Beuys (Krefeld, 1921–Düsseldorf, 1986) will be on display at Fundación Proa in Buenos Aires, Argentina from March 22 through June. The group of over 110 works, produced from 1955 to 1985, provides a broad overview of this artist's aesthetic universe. Continuing with its route throughout Latin America, this exhibition is organized by Galerie Thomas Modern, Instituto Plano Cultural and Fundación Proa; with the permanent support of Tenaris-Techint.

Joseph Beuys: Works 1955–1985 delves into the concerns at the core of Beuy's artistic reflection. Given the multidisciplinary nature of his work, the exhibition includes drawings, objects, sculptures, installations, videos, and performances. It begins in 1955, when Beuys came into contact with the Fluxus group with which he began producing collaborative works. Beuys addressed a number of issues over the course of his life. The legendary action in which he explains contemporary art to a dead hare evidences his concern with art education and whether it is actually possible.

The exhibition presents Beuys's lifeworks grouped in nuclei that evidence the topics that concerned him throughout his life: the Education as Art, The Free International University, his action-performances and the defense of nature, together with a wide body of works that include felt, fat and iron/copper.

With Joseph Beuys: Works 1955–1985, Fundación Proa continues its interest of presenting the work of emblematic artists of the 20th century, such as Duchamp, Bourgeois and Giacometti, providing the opportunity to experience and comprehend contemporary art.