First lines, like first dates, or the first bite of dessert, can be deceptive. The title of this exhibition is taken from a text by Ann Beattie who nullifies the issue of first impressions by allowing her beginnings to remain elliptical, making the encounter unstable. 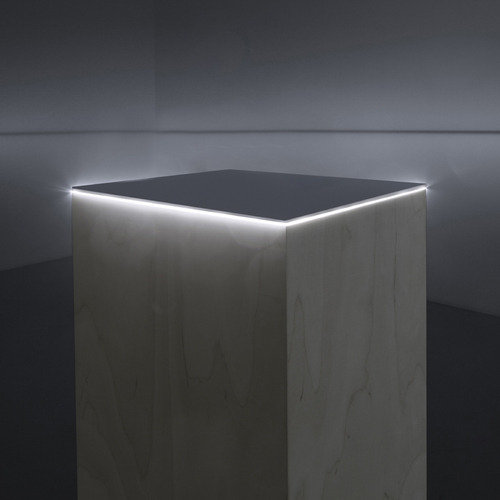 Bortolami is pleased to present a three-person exhibition entitled First lines, like first dates, or the first bite of dessert, can be deceptive, organized by Christine Messineo. The title of this exhibition is taken from a text by Ann Beattie in which she discusses the inherent difficulty of beginnings, the first line. Where to start? Beattie nullifies the issue of first impressions by allowing her beginnings to remain elliptical, making the encounter unstable. The reader enters a story mid-conversation, mid-scenario. In this exhibition Ann Veronica Janssens, Kitty Kraus and Daniel Steegmann Mangrané present works where the encounter is not the reveal. First looks cannot be relied upon.

Upon entering the space, one immediately confronts Steegmann Mangrané’s sound installation. Seven speakers spaced throughout the gallery in turn produce the sound of one prolonged note played on the flute. The duration of each note corresponds to the lung capacity and stamina of the flautist, Joana Saraiva. As one note comes to its end, another note begins to play from different speaker in the gallery. Mapping the space like sonic radar, the piece creates an analogous relationship between the body and the gallery as vessels of space and breath.

Janssens’s sculpture IPE 130, a steel I-beam, lies on the ground of the gallery. The top of the I-beam has been polished to a highly reflective sheen. When staring down at this piece, this mirror-like surface reflects the ceiling and the architectural supports of the space, alluding to the material’s typical usage in architecture. Disque Vert and Magic Mirror Pink continue Janssens study of reflectivity. Each of these pieces, a ruptured reflective surface, highlights a scientific phenomenon or physical property of light—its ability to bend, to refract, to remain encased within a prism-like volume. The familiar forms of a cymbal or a mirror become strange with her subtle intervention.

Kraus’s piece Untitled (Light Box) occupies the smaller room in the gallery. Taking the form of a large pedestal, the sculpture casts a strong light from only a thin horizontal aperture that runs around the middle of the dark, rectangular volume. The emitted light draws a line around the perimeter of the room. Drawing out the room’s specific peculiarities—pipes, the seams when door meets wall, etc. –the pieces straddles the line between sculpture and installation, absorbing its surrounding architecture, and even the viewer, into its sculptural field.