This exhibitive project "Arena" takes the work and the artistic persona of Joseph Beuys as the point of departure. It features the work of contemporary artists who address the question of art's (artist's) place within a broader social and political arena. The parallel project 'The Silence of Marcel Duchamp is Overrated' features works by Justyna Scheuring, Lukasz Surowiec, Zbyszko Trzeciakowski and Andrzej Wasilewski. 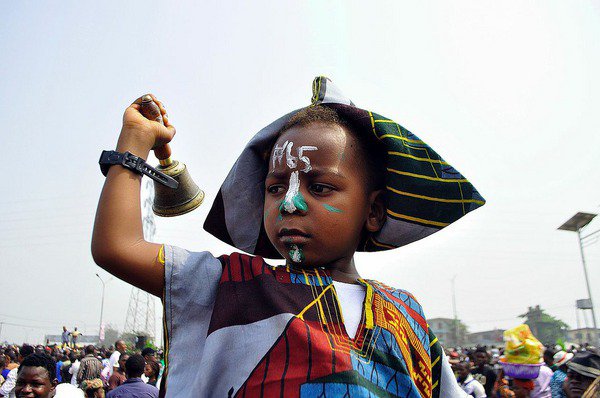 In our age there is no such thing as “keeping out of politics”. George Orwell's words still sound very current and truthful, especially if related to the last two decades. From the fall of the Berlin Wall, to the crash of the World Trade Center, up to the Global Financial Crisis, life is becoming increasingly subjected to the influence of politics on a planetary scale. Art is both driving and documenting this upheaval. It is looking for new models of social transformation, but it is also creating space for reflection and discussion. These premises form the basis of Arena – a project which intends to function not just as an exhibition, but also as a set for dynamic programs of screenings of video works, which today diffuse and channel artistic messages in a mass way, as well as a platform for lectures, meetings and discussions which will involve international curators as well as participating artists and guest-lecturers from Poland.

The exhibitive project Arena takes the work and the artistic persona of Joseph Beuys as the point of departure. Being a personification of the artist in the role of a demiurge, a teacher, an activist as well as a “public worker” in the broadest sense of the term, Beuys is a reference figure whose legacy still matters when questions of the political and social engagement of art are raised. The title of the exhibition refers to his piece Arena (Where Would I Have Got if I Had Been Intelligent!) which marks a shift in his own work as an artist and an activist, and here will be presented through the re-edition of documentary materials that the well-known German artist and photographer Katharina Sieverding realized especially for the exhibition. Departing from Beuys’ Arena and its inherent (un)documentary and unfixed nature, the exhibition itself will develop through a discursive and changeable format, presenting the work of contemporary artists who address the question of art’s (artist’s) place within a broader social and political arena. In this sense Arena indicates the thematic frame which this exhibition takes, as a starting point in order to pose the questions: in what way does art deal with social contingencies and current political conflicts and how does it reflect moments of crisis? In a broader sense, arena is an archetypical image that alludes to the spectacularization of violence and theatralization of conflict, notions which, when transposed in our current time, imply reflection of hyper-mediated reality and the way in which the mass-media create / represent history through images. Hans-Peter Feldmann’s work 9 / 11 Front-Page, consisting of a collection of more than one hundred front-pages from international newspapers reporting the attack on the World Trade Center, can thus be seen as a reflection on the way in which certain images become instant icons and how such images influence / transform our perception of present and historic events. As a counterpart, the work MASS MEDIA: Today and Yesterday by Gustav Metzger, will involve the public more directly, aiming to stimulate reflection about the media and the impact they have on our perception of society.

Taking the form of an exhibition within an exhibition, in the space especially designed by Uglycute, will be four screening programs curated by: Antonia Alampi (Italy / Egypt), Jude Anogwih (Nigeria), Sergio Edelsztein (Israel) and Katerina Gregos (Greece / Belgium), all correlated thematically to the question of the engagement of / through art, and art’s ability to deal with issues of history, memory, and identity raised in the moments and places in which ideological and religious convictions, or economic and political interests collided. Recent history has been marked by numerous real and symbolic “points of collision” which, recalling Beuys' words, remain as a wound on the tissue of humanity. Arena is thus devoted to exploring how art relates to the fragile social texture of the contemporary world in all its complexity and contradictions. It aims to review the ways in which art can open channels of communication or representation alternative to those of the mainstream media, and how it can narrate a personal side of events that marked historical or cultural ruptures, as well as, if and how it can trigger, not only mechanisms of critical thinking and social awareness, but also processes of sublimation. This dimension, which marks the shift from particular to universal and from current to timeless, includes the work of the well-known Israeli Michal Rovner, who will present the video installation Cracks in Time, especially edited for this occasion. This monumental digital fresco recalls images of migration, displacement and forced eradication, which seem to be pervading the histories of different populations. In correlation with this visually involving metaphor of collective history, there is a new work by the renowned Polish artist, Mirosław Bałka, which has also been specially prepared for this exhibition. Knocking is a sculptural / spacial intervention which places its focus on inner space, on the interior dimension of an individual (or an artist) and on personal narrative which can be transposed to a more universal plane.

Arena, as an exhibition which tends to have a more open, performative and discursive character, will function as a platform for lectures and screenings, interventions, discussions and insights on-line at: http://arena.csw.torun.pl, as well as smaller-scale exhibitions which will be curated by Piotr Lisowski and include solo-presentations of four Polish artists. Departing from one of Beuys’ seminal works, The Silence of Marcel Duchamp Is Overrated, this series of exhibitions / interventions / performances will deal with issues of exclusion, diagnosis, manipulation, radicalism, anarchism, relation, survival and its variations of presence and engagement through the works of: Justyna Scheuring, Łukasz Surowiec, Zbyszko Trzeciakowski and Andrzej Wasilewski.

Screening programs: Four renowned international curators; Antonia Alampi, Jude Anogwih, Sergio Edelsztein and Katerina Gregos, have contributed to create an “exhibition within an exhibition” through screening programs that offer a multi-layered and kaleidoscopic view on the world and on some of its most critical points, depicted through a wide range of video works. Humorous and poignant, but also shrewd and touching, these films are like a polyphony of voices speaking about the dramas of our times.

This screening-program includes the work of artists that, in different ways and by looking at a variety of situations and contexts, relate to and challenge the entire machinery of representation, and its social / political use and role. The presented artworks do not necessarily engage with the direct political event as such, but they reflect on what remains of the event, what that event is transformed into, or is used for, when interpreted, and re-presented within different narratives and in infinite variations.

This screening-program presents a diversity of videos from Nigerian artists who, from dynamic perspectives, engage prevalent topics and speak eloquently of the complexities of life in and outside the continent and particularly in Nigeria. They raise very pertinent questions and discourse on themes that define multiple specificities, trajectories and conditions in a world characterized by precarity and unpredictability, thus reaching and engaging a wider audience with their more prolific visual dialogue.

Extremely heterogeneous and modern, Israeli society is struggling to find common denominators. But the deep fragmentation and diverse existential realities of sectors seem to enhance rather the irreconcilable extremes breeding constant conflict and entrenchment. This atmosphere of conflict was elaborated by Israeli video artists in the last decade through events such as: wars, demonstrations, documentation of daily events in the Occupied Territories – but also through parody and fiction. The works presented in this selection are good examples of this divisive and conflicted reality that, apparently, is tearing apart Israeli society rather than making it more homogeneous.

Taking Beuys’ belief of art’s potential to transform society, his interrogation of the social role of the artist, and his commitment to political engagement, environmental concerns, and performance, the screening program Performative Resistance features a selection of single channel videos where the artists deploy different performative actions to create situations of rupture and which respond to various current crisis situations, or political and social issues of a contested nature.

The project The Silence of Marcel Duchamp is Overrated constitutes an appendix to the exhibition Arena exploring the variety of artistic methods and cultural involvement on social and political plane in the broad sense of the phrase. Its shape and character has been determined by the theme of the exhibition inspired by Joseph Beuys’ artistic stance and particularly his practices involving reflection on the social role of the artist and art as well as establishing new relations in creating and modernizing social relationships. The title of the project has been taken from Beuys’ 1964 action, where the artist entered into a dialogue with Marcel Duchamp’s achievement, criticizing his decision to abandon artistic activities. This demand for presence, participation and responsibility is founded on faith in the creative power of every individual, muffled only by standardization of behaviour, artificial social, political and cultural limitations. Narration designed in the plan of the appendix is divided into four parts and made of individual presentations where presence and participation come down to the following: exclusion, diagnosis, manipulation, radicalism, anarchism, relation and survival. The consistency of this not necessarily linear range constitutes a form of negotiation and confrontation but also a form of obligation to everyday world whose most valuable features are mutual relations.

Suspending principles of social contract may produce unpredictable results. Suspending principles of social contract with the intention to enable discussion constitutes an act bordering on perversion. For Łukasz Surowiec, interference in the real world is the only way to explore and reveal social mechanisms. An example of this method is The Waiting Room – a space established by the artist within the framework of the Dziady exhibition at the Bunkier Sztuki Gallery in Krakow (2013). Open 24/7 to everyone, it was meant to serve as a waiting room – a room for people who were waiting for something. Everybody waits for something. Everybody has desires and something to say. Waiting frequently creates opportunity to begin a relationship, converse, share experiences, ponder or be excited. That was what the waiting room was designed for, based on the assumption that all social contracts were suspended in it. It was meant to constitute performative extension of the exhibition which addressed problems of the excluded and homeless. It was an experiment whose purpose was to test how efficient the kind of art that seeks to affect social reality could be. As a consequence, under the exhibition rooms, in the basement of a public institution a waiting room was established which came to be dominated by homeless people. In less than a month, it became home, eating place, bedroom as well as a place where everyone could come to talk to its inhabitants. The prosaic experience of waiting and being together led to reflection on social structures, problems of exclusion and presence in the society as well as, unexpectedly, became an inspiration for specific deeds and dreams. The event was registered as a documentary film, a collage of images of everything that happened in The Waiting Room.

Image: Aderemi Adegbite, A boy exercising his Civic Right during the protest in Nigeria, Photography, Courtesy: the artist