A Surreal Life. The exhibition features a selection of photographs taken in Italy between 1946 and 1996. 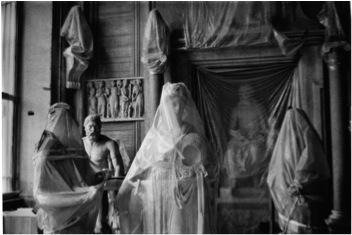 Some of Gendel's images are influenced by the neo-realist aesthetic pioneered by Italian film makers in the late 1940s, while others are infused with wry playfulness, demonstrating important affinities with strains of Surrealist photography. This exhibit contains photographs taken in Italy between 1946 and 1996.

AT 6:00PM:
In conjunction with the opening, Casa Italiana will host a round-table discussion about Gendel's career and the artistic exchanges between Italy and the United States captured in his photographs.

AT 7:00PM: OPENING RECEPTION
In ENGLISH.