Haggard Caravan. The collaborative group of artists and musicians features features sculpture, installation, performance, music and video. Evoking and developing the idea of an architecture inhabited by unseen forces, the artists will be installing elements of the facade of a 1960s Swiss ghost-house ride onsite. 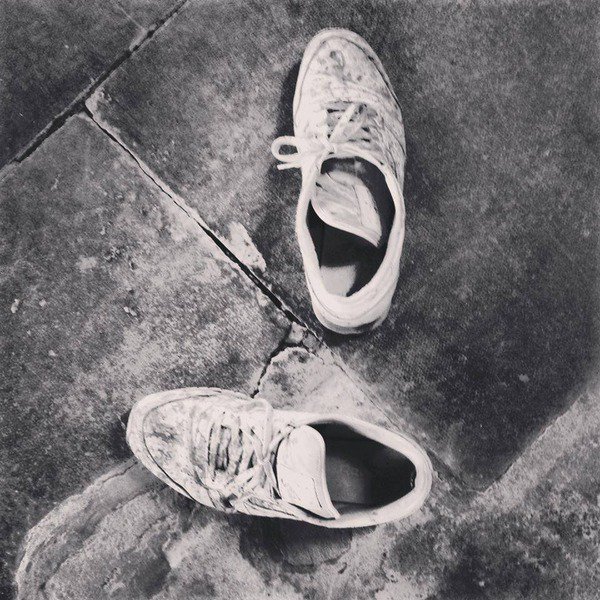 This Easter, a collaborative group of artists and musicians make their UK institutional debut with a new exhibition entitled Haggard Caravan. The installation opens on Good Friday, 18 April and runs until Sunday 1 June at The Calder - The Hepworth Wakefield’s new 600sqm space for contemporary art.

Co-commissioned with The Modern Institute and part of the Glasgow International Festival 2014, the exhibition features sculpture, installation, performance, music and video, building on the collaborative practice the Swiss-American group first explored in Drip Event, an expansive sculpture and sound installation at The Power Station, Dallas, USA in 2013. Taking direct inspiration from The Calder’s industrial heritage, riverside setting and anecdotal histories, the collective will be constructing the immersive installation and preparing for the opening night performance at The Calder.

The 19th century former textile mill is part of the Rutland Mill complex, a series of Victorian warehouses located in The Hepworth Wakefield’s gallery gardens. Situated next to the River Calder, the complex has been cited on numerous occasions as a hotspot for paranormal encounters and hosted the controversial television show Most Haunted in 2005.

Evoking and developing the idea of an architecture inhabited by unseen forces, the artists will be installing elements of the façade of a 1960s Swiss ghost-house ride onsite. Like the now empty warehouses in which The Calder is located, the various elements of the installation will conjure both actual and imagined histories and create an immersive architecture by means of site-specific sculptural interventions.

The kinetic energy of the adjacent River Calder next will provide another type of force within the installation. Man-made and electronic sounds from the band’s performance on the opening night will be translated into a series of automated musical instruments that will effectively take on the role of the band. Visitors will be encouraged to make connections between the sculptural forms created in the space and the movement of water in the River Calder directly outside building.

Haggard Caravan forms part of The Hepworth Wakefield’s extended contemporary exhibition programme as Andrew Bonacina, Chief Curator explains: “The focus of the programme at The Calder is on exploring interdisciplinary relationships between the visual arts and other fields such as music, dance and performance. The space is an important platform for young and emerging artists to present new work on an international stage. Haggard Caravan brings together a really exciting group of artists and musicians. It will be an all-encompassing experience and very different to what our audiences have seen before.”

To commence their European tour Solar Lice will be performing at the opening night of the new exhibition, with a series of improvised sessions. The free public opening takes place on Thursday 17 April from 6.30pm until late with official band merchandise available to purchase, including the group’s new 60 minute LP, Solar Lice.

The artists commented: “On the opening night we’ll be combining guitar, bass and drums with site-specific vessels and vocals, with references to water from the River Calder playing a key role. There’s no easy way to define our sound. We’re eight members-strong, with a vast range of influences and perform instinctively, through improvisation. We hope people will come down on the night and see for themselves”.

For details of The Hepworth Wakefield’s full exhibition programme and Easter events are available on the website www.hepworthwakefield.org or by telephoning 01924 247392.

THE HEPWORTH WAKEFIELD
The gallery is at the heart of Wakefield’s regeneration. Designed by the internationally acclaimed practice, David Chipperfield Architects, it is funded by Wakefield Council and Arts Council England with additional funding from a number of charitable trusts and private individuals. The Hepworth Wakefield opened on 21 May 2011. It attracted 512,000 visitors within the first 12 months and welcomed its millionth visitor on 5 December 2013.

THE CALDER
On Friday 30 August 2013 The Calder, The Hepworth Wakefield’s new contemporary art space opened to the public. The development of The Calder was announced on 21 May 2013, exactly two years since gallery opened.
Located on the ground floor of the Caddies Wainwright Mill, a 19th century former textiles mill, the new contemporary art space is situated adjacent to the main gallery site, on the banks of the River Calder. The Calder adds 600 square metres of exhibition and event space to the existing 10 gallery spaces within The Hepworth Wakefield and presents a contemporary art programme that runs in parallel to the visitor offer at the main gallery.
The development of The Calder is a capital project is funded by Wakefield Council, who own the building and are the principal proprietor of the waterfront site adjacent to The Hepworth Wakefield. The development of the new exhibition space at The Hepworth Wakefield forms part of the Council’s Wakefield Waterfront regeneration plans.
The exhibition and event programme is funded from a number of charitable trusts, corporates and private individuals and is match-funded in part through the Arts Council England Catalyst Arts programme and by revenue from ticketed events.
The Calder capital project is funded by Wakefield Council; the on-going exhibition and event programme is funded through Wakefield Council, Arts Council England and Arts Council England Catalyst Arts programme.

YORKSHIRE SCULPTURE TRIANGLE
The Hepworth Wakefield, Yorkshire Sculpture Park, Henry Moore Institute and Leeds Art Gallery are four of the UK’s leading visual art organisations, situated within 30 minutes drive or train ride from one another. They build on West Yorkshire’s unique artistic legacy as the birthplace of two of the most important 20th Century artists, Barbara Hepworth and Henry Moore.
Visitor research shows that we all share audiences from Yorkshire and beyond and together, we are a world-class destination for art-lovers. This long term partnership aims to promote contemporary art and sculpture as inspirational settings to grow visitor numbers to all four institutions and to raise the profile of West Yorkshire as the birthplace of Modern British sculpture.For details on Yorkshire Sculpture Triangle visit www.ysculpture.com

The Calder
Gallery Walk, West Yorkshire, WF1 5AW
Open Tuesday – Sunday, 12 – 4.30pm
Open Third Thursday of every month, 12 – 8.30pm, as part of After Hours late nights Open for the Wakefield Art on Wednesdays every other month, 12 - 8.30pm
Closed Mondays (except for Bank Holidays and school holidays)
Free admission (except for ticketed events)