The works by Manor Grunewald, Christian Vetter, and Evan Gruzis detail qualities of abandonment as a requisite to creation. 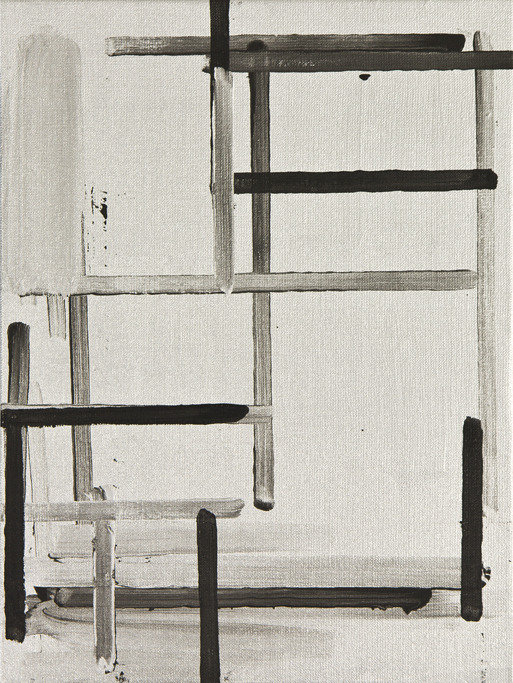 Say, ain’t this success fool author
Jest a dandy paradox,
With that silvier beach behind him,
Howling: Help! I’m on the rocks!

James Joyce wrote Schevingen while staying at The Hague, just after distributing fragments of the work that would later become Finnegan’s Wake. Joyce’s literary style had grown increasingly abstract due to his departure from classical narrative writing; his immersion into abstraction was met with criticism and even the publication of his writings had become difficult. Sylvia Beach was a close friend and proponent of Joyce, she was even the first to publish his most famous work: Ulysses.

The title Silvier comes from the idea of struggle and resolution being a constant part of the artistic process. Each piece is the result of finding a balance between positive and negative space, passivity and action. It is through the artists’ guidance that each composition emerges with the imprint of these adaptations, each painting achieves its own individual equilibrium, which is discovered through its formation.

Liberty is often the crux of abstraction ¬¬–whether it is external or internal– and the aspiration to be free from constraint is a foundation of nonrepresentational artwork. Silvier is an arrangement of works that reflect a notion of working away from the center; each artist has come to their own terms through a process of understanding what to step away from and what to work towards.

The works detail qualities of abandonment as a requisite to creation. Through the process of abandonment space is created, habits buried, and new forms are allowed to manifest. The arrangements not only portray what has been developed, they also draw attention to the deliberate presentation of absence.