The new commission brings together various elements of his creative signature. The new artwork titled 'Ashes' delivers the viewer into a highly sensory experience where both the visual and the sonic components come together to create the possibility for self-reflection and even self-revelation. 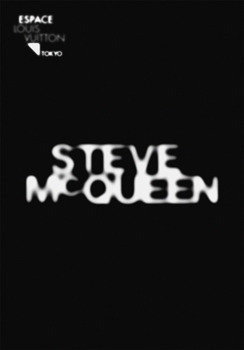 For the tenth exhibition since its opening in 2011, Espace Louis Vuitton Tokyo presents a new and original work by the acclaimed British artist and filmmaker Steve McQueen.

Created with an extreme economy of means, his works hover between the personal and the universal, the literal and the abstract, evading definition and multiplying experiential and interpretive possibilities. In addition, certain iconic McQueen works stem from unflinching observation of the body—often his own—with ambiguous carnal undertones, others drawn from a potent, at times bleak, political consciousness addressing specific historical moments.

The new commission, created with the support of Espace Louis Vuitton Tokyo and unveiled for the first time, brings together various elements of McQueen's creative signature. The new artwork titled Ashes delivers the viewer into a highly sensory experience where both the visual and the sonic components come together to create the possibility for self-reflection and even self-revelation.

Steve McQueen
Born in London in 1969, Steve McQueen is one of the most outstanding artists and filmmakers of his generation. His work is collected by museums throughout the world, not least by Tate Gallery, London, MoMA, New York, The Art Institute of Chicago and the Musée National d'Art Moderne Georges Pompidou, Paris. He won the prestigious Turner Prize in 1999 and represented Britain at the Venice Biennale in 2009. A recent and highly acclaimed survey of his work traveled from the Art Institute of Chicago to the Schaulager, Basel. McQueen won the Camera d'Or at the Cannes Film Festival in 2008 for his first-ever feature film Hunger, the only British director to have been granted the prize. McQueen won two BAFTAs for his third and latest feature 12 Years a Slave, and three Academy Awards, including Best Picture, at the 2014 Academy Awards. Having been appointed Officer of the Order of the British Empire (OBE, 2002), he was created Commander of the Order of the British Empire (CBE) in the 2011 New Year Honours list for services to the Visual Arts. Steve McQueen lives and works in Amsterdam.