Taking its title from the video Been Caught Stealing, the exhibition uses this contradictory state of affairs as a starting point, bringing together work by artists whose practice has been informed by this particular constellation. 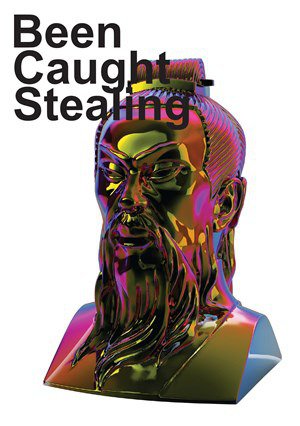 The video for the song Been Caught Stealing by the band Jane's Addiction was one of the most influential music videos of the early 90s slacker/grunge subculture. Played in heavy rotation on MTV, it simultaneously ushered in the music channel's "alternative" phase, which for a brief period saw a perhaps unique yet not entirely unproblematic melding of mainstream and underground culture. These conditions allowed the development of an alternative sphere molded by not only a post-hippie sensibility, but also by the Reagan era and its countercultures. At the same time, MTV's interactive formats gave a first indication of the neoliberal consequences of virtual reality, social media and the market strategy-based transposition of Hollywood blockbuster formulas into gaming culture. Taking its title from the video Been Caught Stealing, the exhibition at Kunsthalle Exnergasse uses this contradictory state of affairs as a starting point, bringing together work by artists whose practice has been informed by this particular constellation. Focusing on the political relevance of the mainstream, familiar visual languages are employed disruptively, filtered for their subversive potential, and broken down into their component parts.

The at times intense process of socialization through computer games in the late 80s and early 90s was likewise not without consequences for the artists' aesthetic systems. Particularly in terms of conceiving virtual space and interactivity, adventure and role-playing games and the like served as preparation for many features that meanwhile have been adopted quite naturally in social media. Yet the understanding of space and interactivity in these games was often surprisingly subversive – there is almost always a prototypical anti-hero, the underdog, who can only reach the goal by congenially circumventing the rules. Similarly, music video as a fledgling genre long enjoyed the advantage of not having its political potential taken seriously, therefore giving it much greater leeway than was available to mainstream Hollywood films. This brief vacuum gave rise to a specific idea of artistic freedom, coupled with taking pleasure in an approach that employed playful trickery and the slackerly killing of time as a means of subversion. Ultimately, it is about ostensibly harmless but nonetheless significant interactions in the tightly woven network of the entertainment industry – in other words, getting away with it!

The exhibition thus sets out in search of a sphere in which political and entertainment blur, regarding collectively experienced pop culture as a revisitable point of interaction, where categories like highbrow and lowbrow disappear, respectively switching between them becomes effortless.