The 'Nonage' group exhibition questions the visual culture of childhood and different angles of these youngsters as photographic subjects. 'Early Works and Portraits' are the the first solo show in the gallery by Arnold Newman. 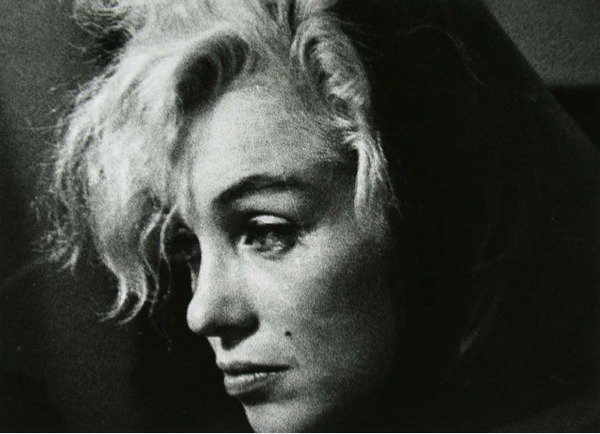 GALLERY FIFTY ONE is pleased to announce the new group show NONAGE wherein photographical representations of children are presented. As the title already reveals this exhibition questions the visual culture of childhood and different angles of these youngsters as photographic subjects. Enhanced by the many photographers who’s work will be juxtaposed, one can tell the multi-faceted aspect of a child’s image that deals with related matters such as immaturity, sexuality, infancy, innocence, vulnerability…

The representation of children in art is primarily the inspiration as being a symbol of innocence, particu-larly in regard to sexuality and childhood being associated with purity, the “romantic ideal” initiated in the 19th C. Nowadays the visual language of children remains still an inspiring topic for many artists, often it the complexity of a child’s identity is captured. Therefore contemporary portraits are more controversial, more delicate, showing a diverse array of inner emotions.
The exhibition shows images of young individuals: living in various regions from the globe (United States, Europe, Africa, Japan, …), from all sort of socio-cultural backgrounds (bourgeoisie, working class, ..) and from a wide time range, starting from 1920s until today.

NONAGE attempts to recall fragments of the complex identity and lifestyle of youngsters throughout gen-erations and in diverse geographical and social environments. The diverse array of snapshots, studio portraits and more intimate photographs by many different photographers gives an insight of various photographic perceptions of childhood.

FIFTY ONE TOO is pleased to announce the first solo show by the renowned photographer Arnold Newman (USA, 1918-2006). He’s legendary for his ‘environmental portraiture’: a new approach that he established in the early 1940s by capturing his subjects in their surroundings in order to reveal more profoundly the essence of the sitter’s personality and/or profession. World’s most eminent people took place before his lens: from post-war American and European artists to cultural figures and intellectuals and even American Presidents. Aside his narrative portraits, he is also known for his abstract and documentary photography, his ‘early work’.

Although he began to study painting Arnold Newman switched quickly to photography. His photographic career started at chain portrait studios, first in Florida and afterwards in Philadelphia in the late 1930s. There he learned the importance of interacting with the people in front of the lens.
In his spare time he wondered around with his camera and mingled with art students who were trained at that time by Alexey Brodovitch (1898-1971), the influential art director of Harper’s Bazaar. Through them Brodovitch’s innovative perspective encouraged to develop Newman’s gaze by photographing his surroundings in a graphical, abstract way. His early work shows views of city walls, porches, chairs, doorways, etc… which affirm a graphic simplicity.
In 1941 he was discovered by Alfred Stieglitz and had his first exhibition in Manhattan, New York. In that same year he began to create his distinct environmental portraits, primarily artists. In the beginning he started to photograph the artists he met in New York. After the war, he relocated to New York and opened the Arnold Newman Studios. By then Newman’s style become known and was sent on many assignments for magazines like Harper’s Bazaar, Life, the New Yorker and Esquire to portray European artists like Pablo Picasso, Max Ernst, Piet Mondrian, Jean Arp, Igor Stravinsky, Alexander Calder, Francis Bacon, Georgia O’Keeffe and Alfred Stieglitz to name a few.
His first solo show ‘Artists Look Like This’ was already in 1945 at the Philadelphia Museum. The first of so many that followed. By the end of the 1950s his images were so omnipresent that he was voted as one of world’s ten best photographers.
In the 1960s, however, his style became somehow outdated: the freshness was gone as his portraits of these successful people were too flattering and too well made. Nevertheless a decade later the photographic art market started to flourish and a new generation got acquainted with this work.
In 1979 the National Portrait Gallery in London commissioned him to portrayal Britain’s leading cultural and intellectual individuals, which resulted in the series ‘The Great British’. Twenty years later he was asked by the National Portrait Gallery in Washington to do the same: portraits of individuals who have made a notable contribution to American culture and society, called ‘Arnold Newman’s Americans’.
Throughout his career he made several portraits of American presidents, all captured in a carefully composed setting, such as John F. Kennedy, Harry S. Truman and Richard Nixon.
He continued to work in the same way until late in his eighties. He died in 2006.

Newman’s portraits were mostly black & white, but there were a few in color as well such as the portrait of the American action painter Jackson Pollock. He used a large-format camera on a tripod to ensure every detailed of the chosen setting was recorded. In contrast with his fellow-colleagues he turned away from the white backdrops of the studio. Instead he set up his camera in his subject’s environment and its visual elements to enhance the strength of the image of that person’s identity.

He had countless exhibition shows and publications. One of his most famous books is One Mind’s Eye: The Portraits and Other Photographs of Arnold Newman from 1974. But also the publication: Arnold Newman: Five decades from 1986, celebrating his 50 year in photography.
He won numerous awards, had nine honorary doctorates and his work is included in many museum collections such as Museum of Modern Art, NY, International Center of Photography, NY, Nihon University Collection of Art, Tokyo and the Moderna Museet in Stockholm.